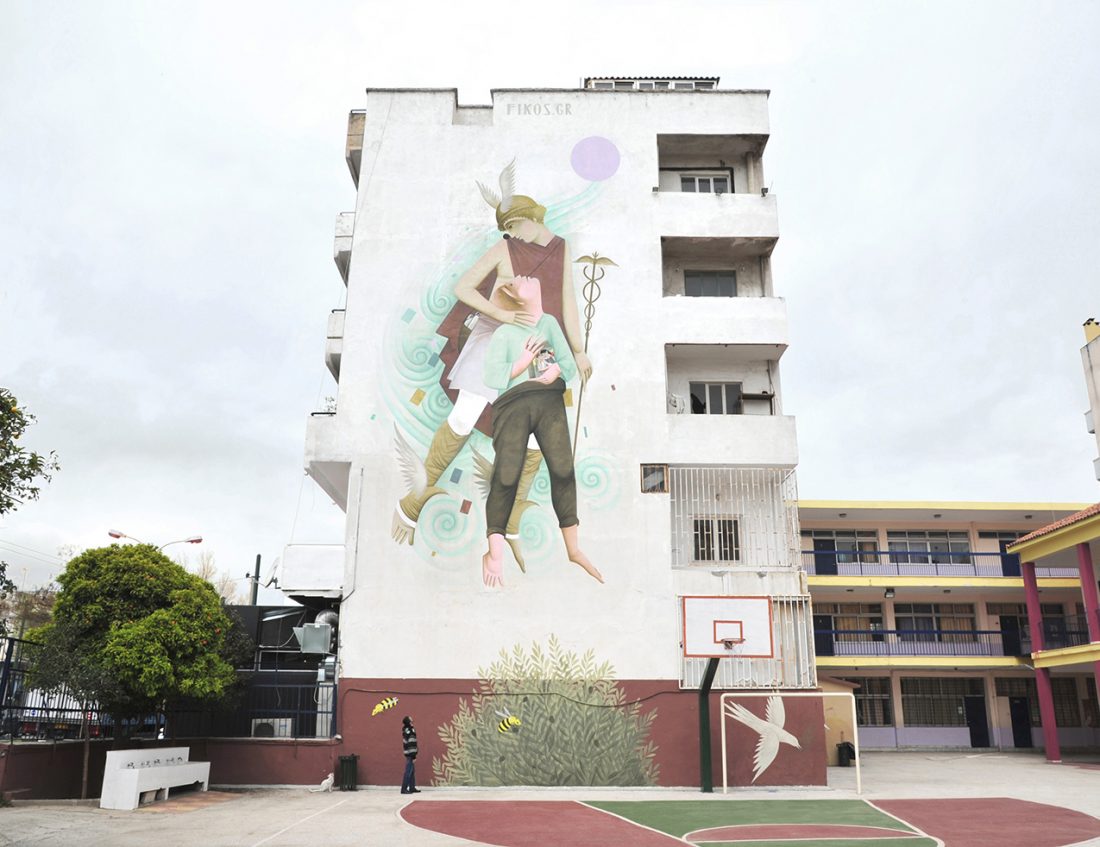 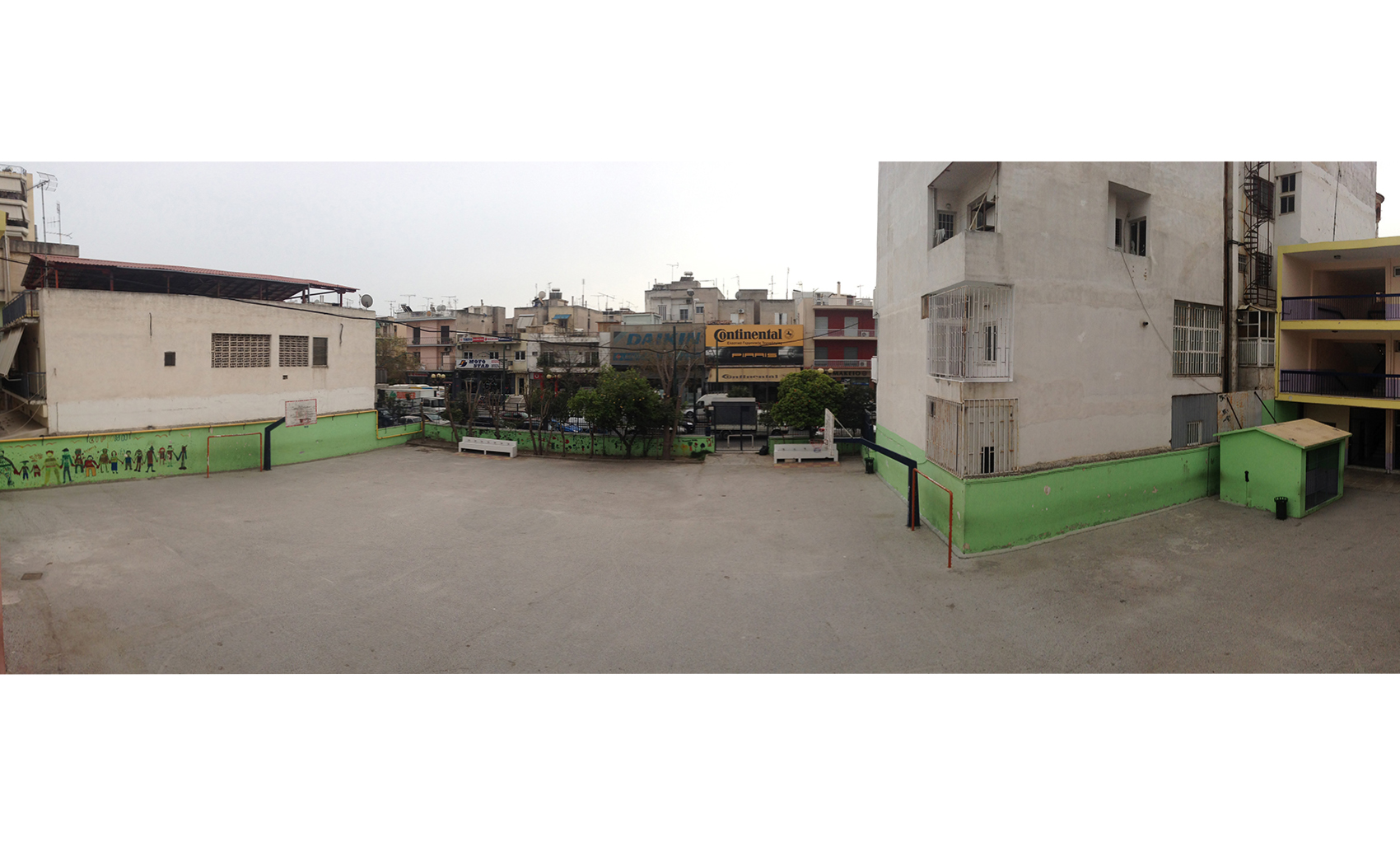 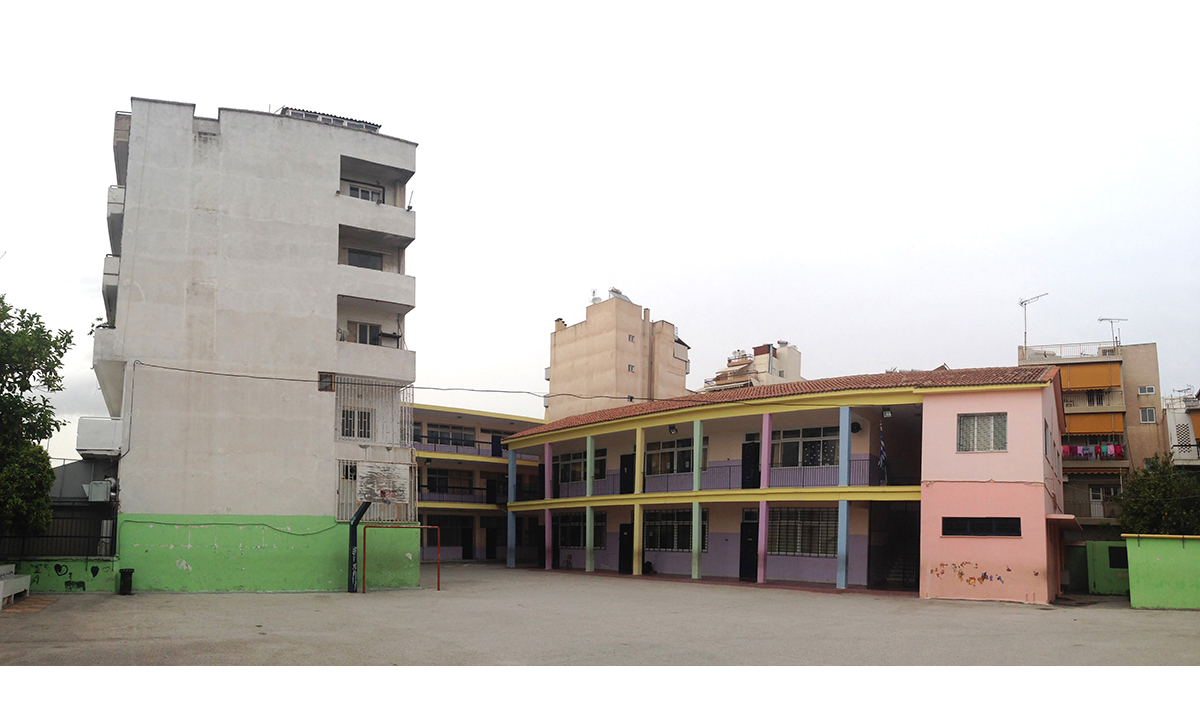 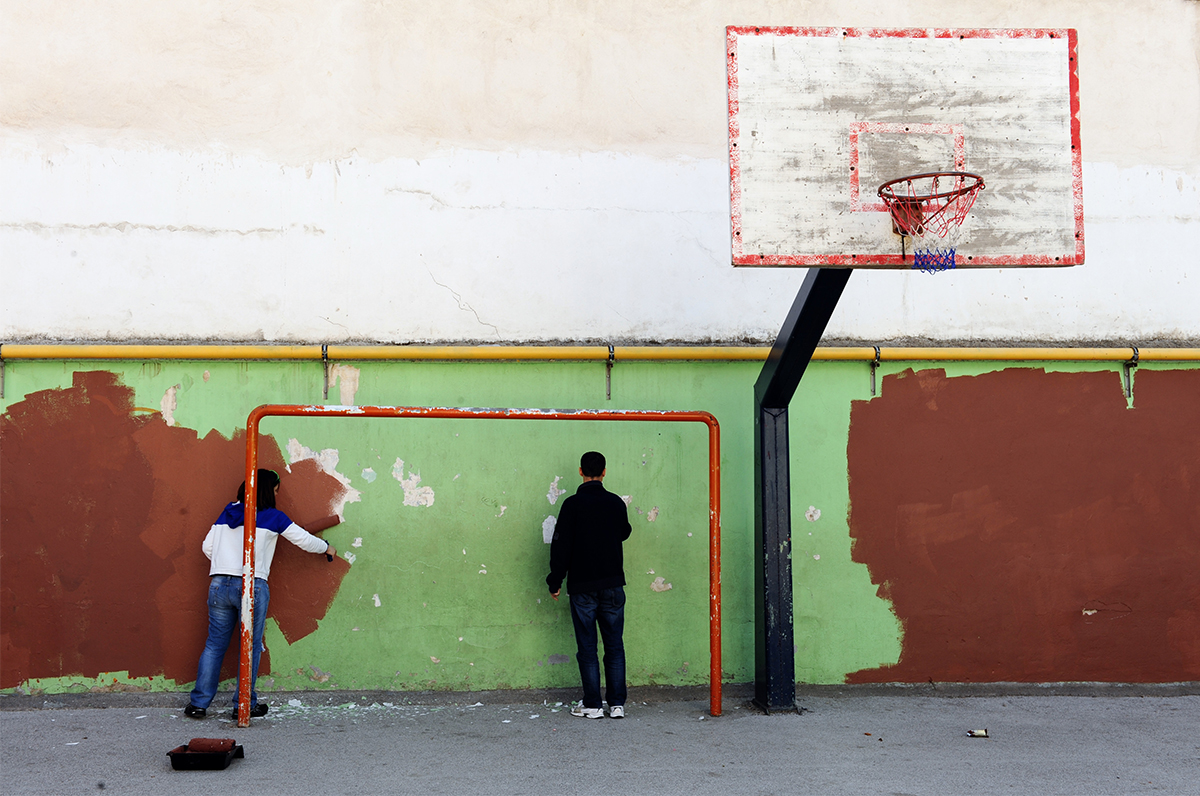 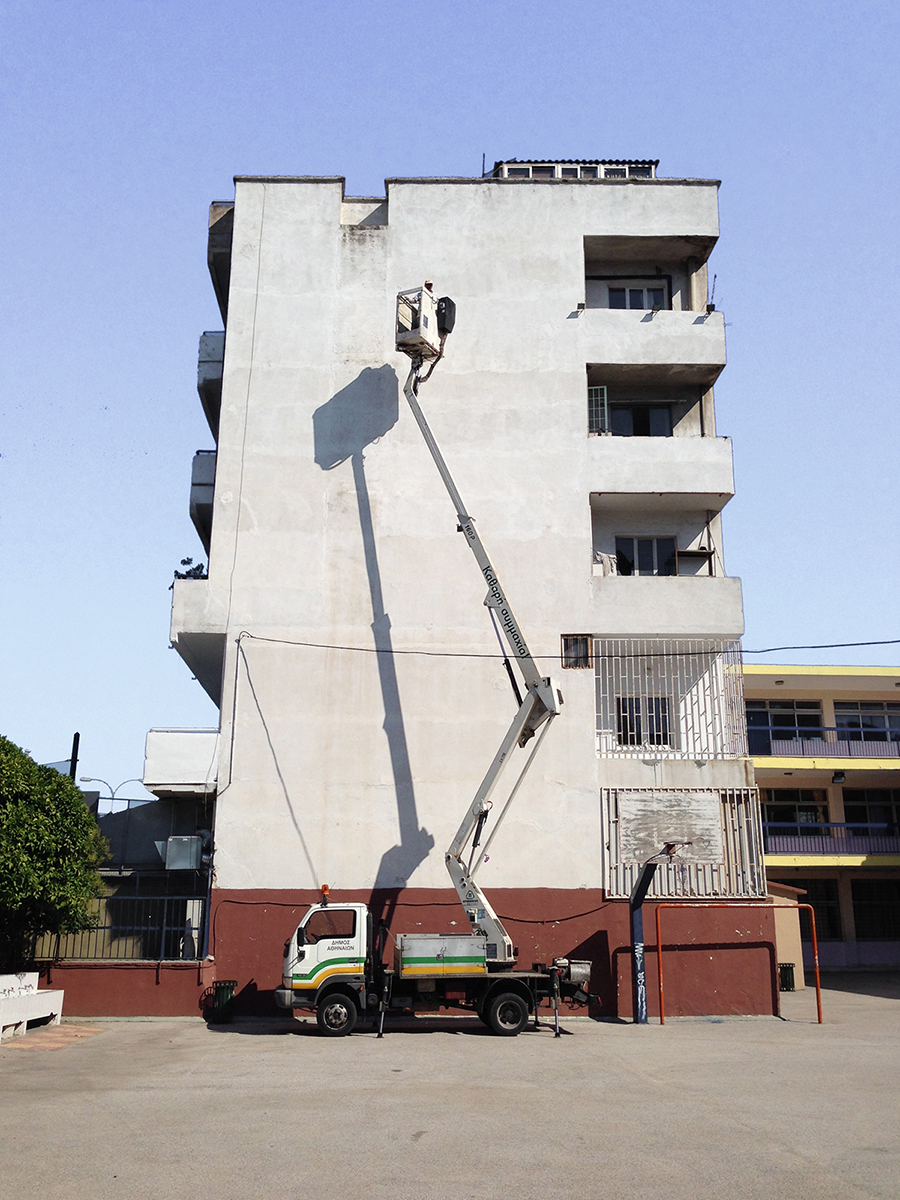 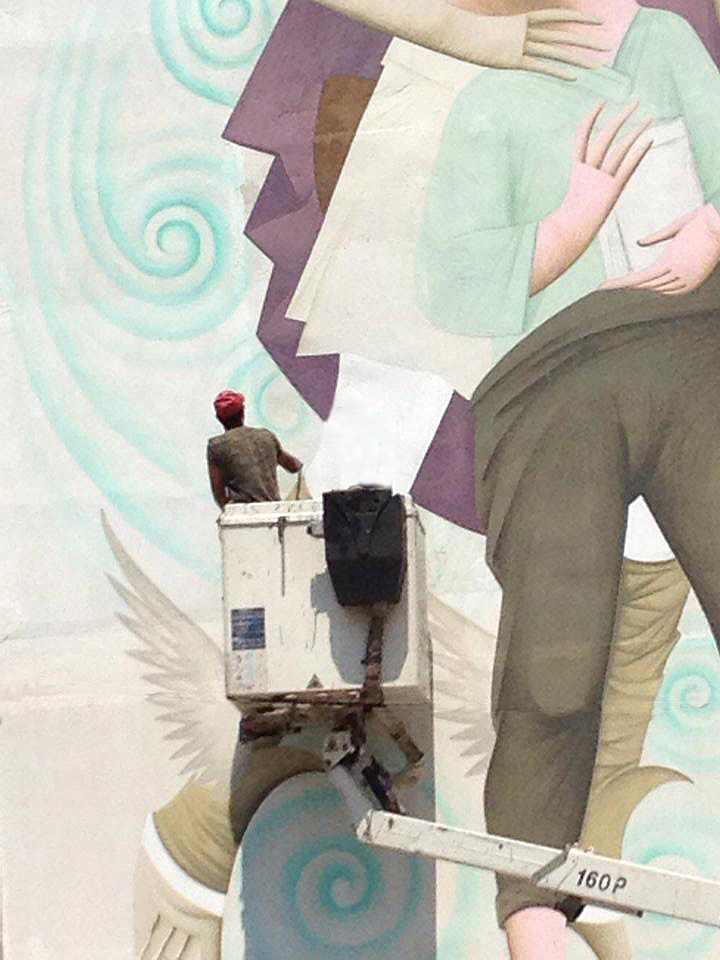 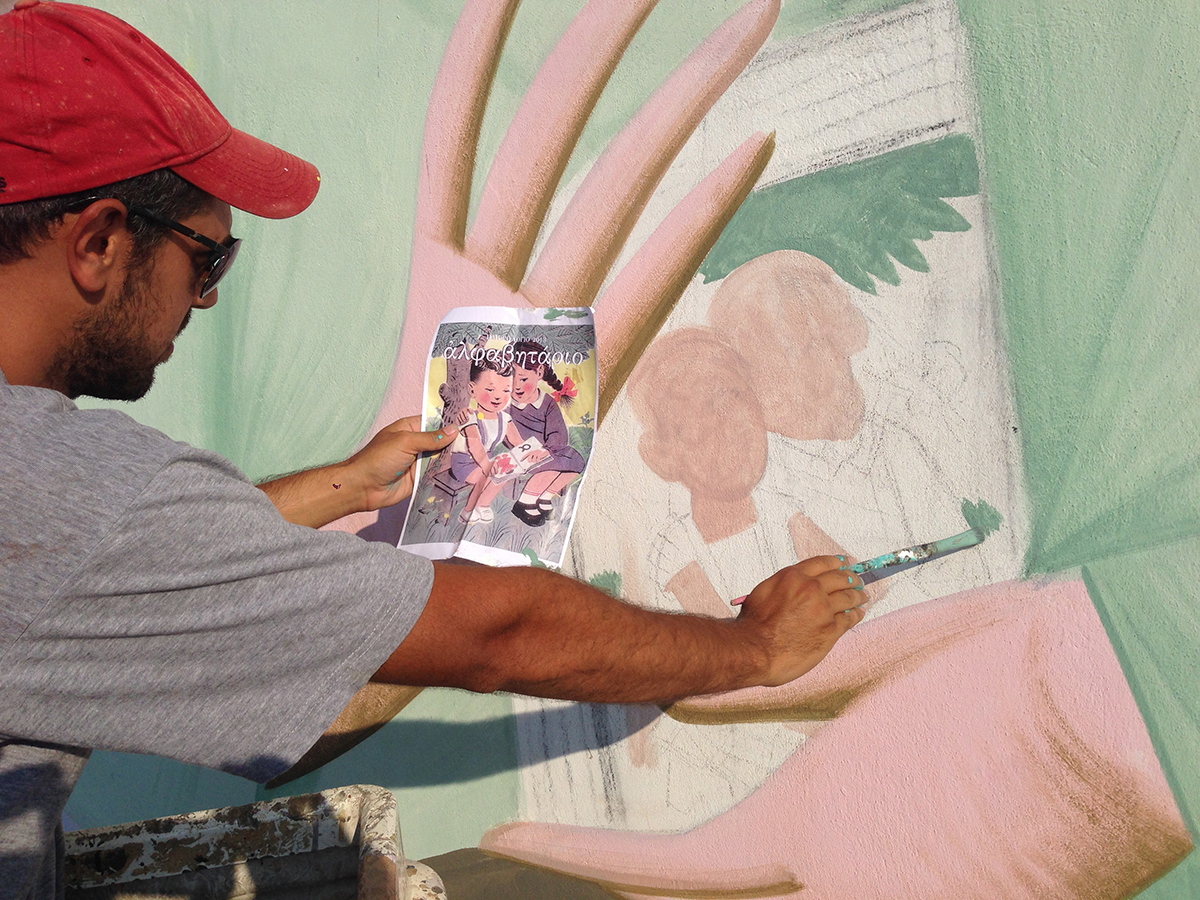 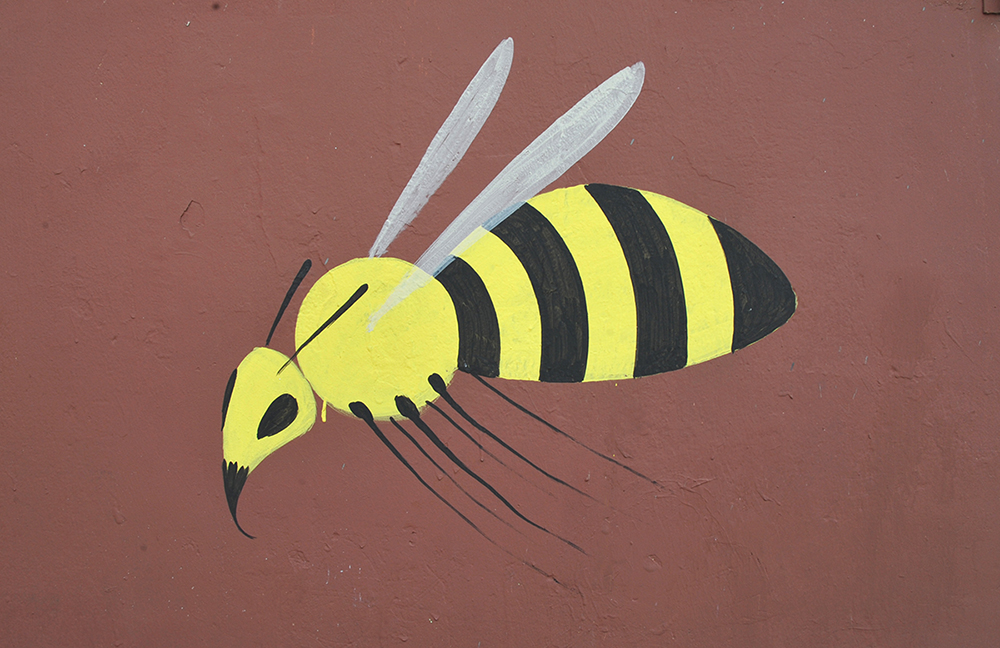 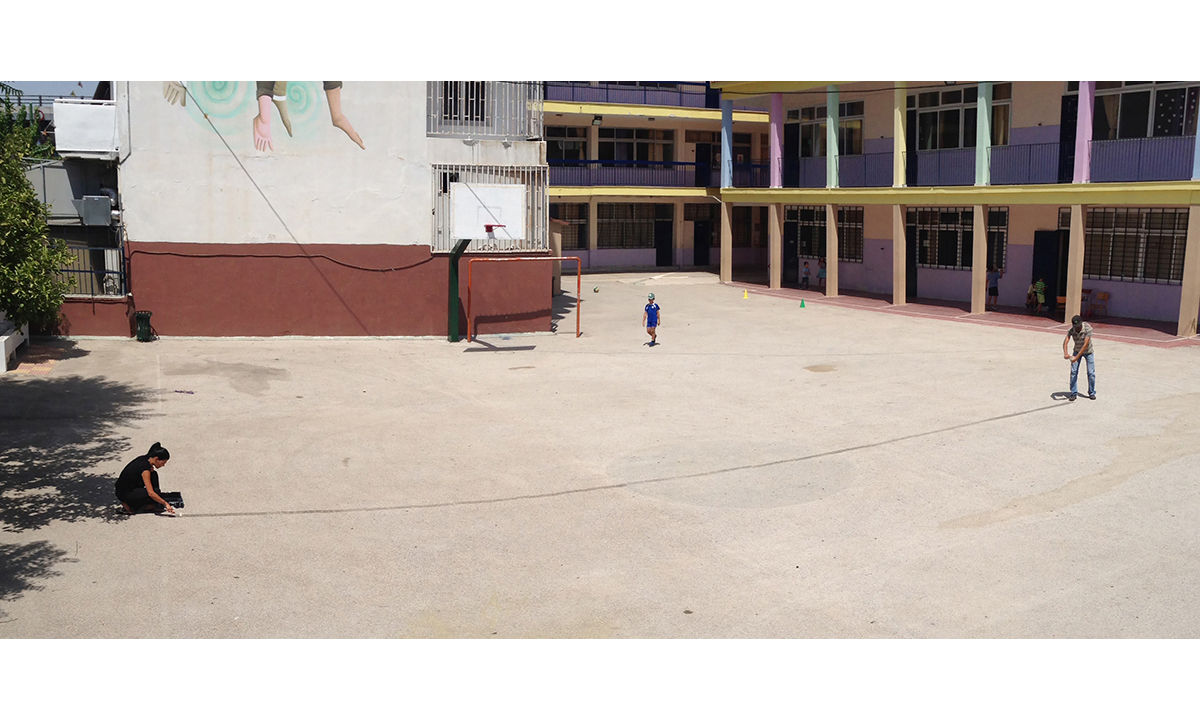 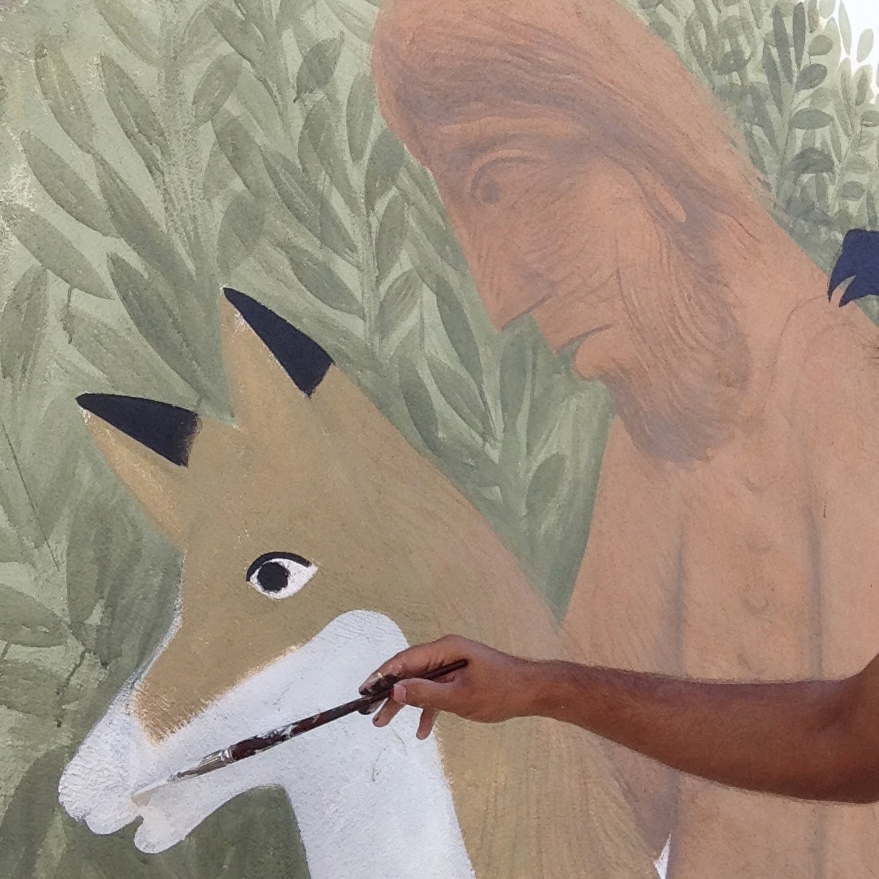 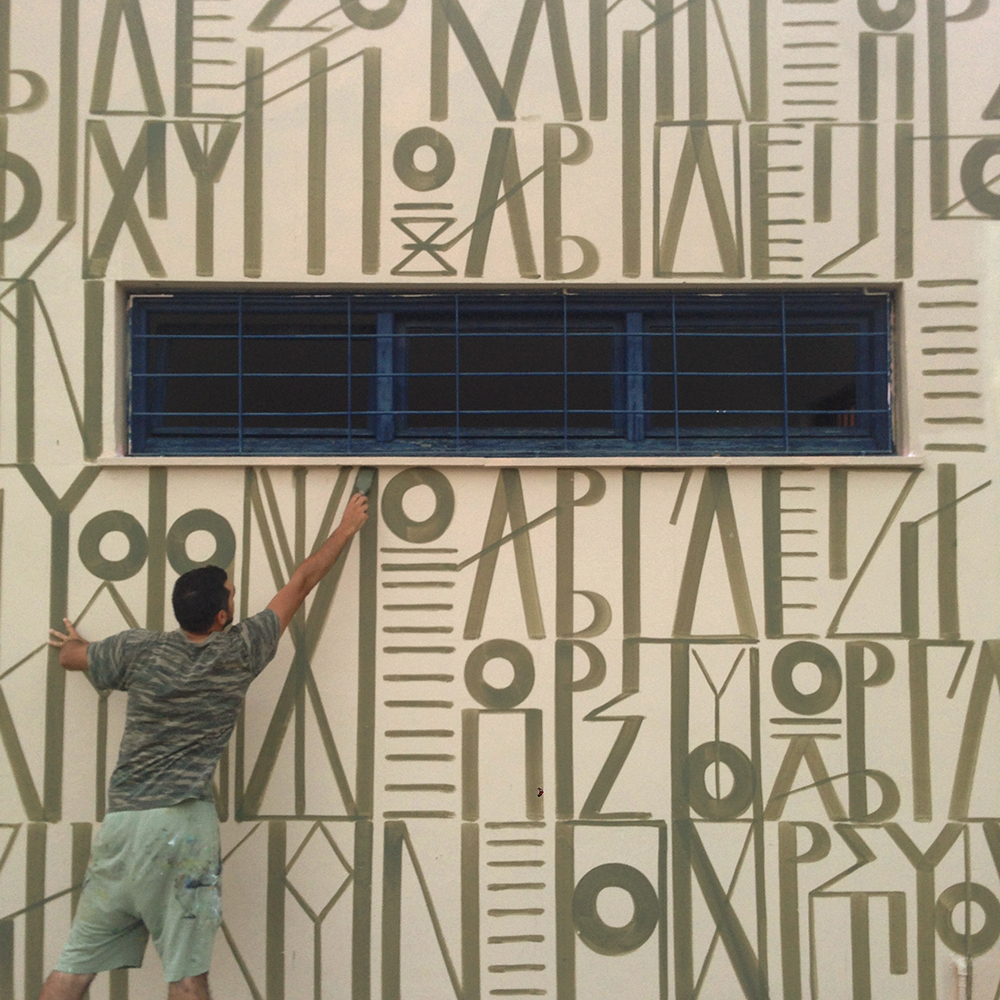 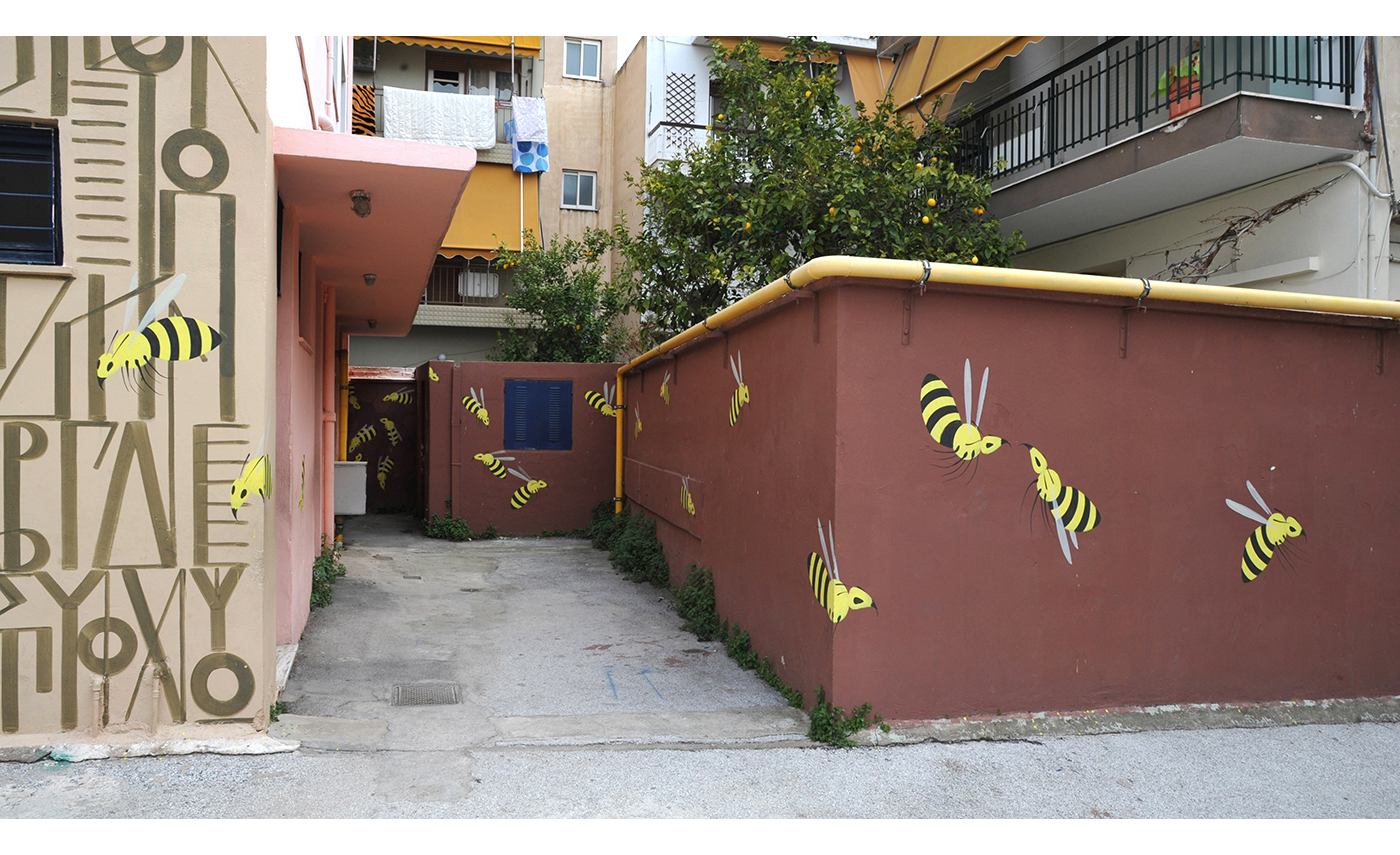 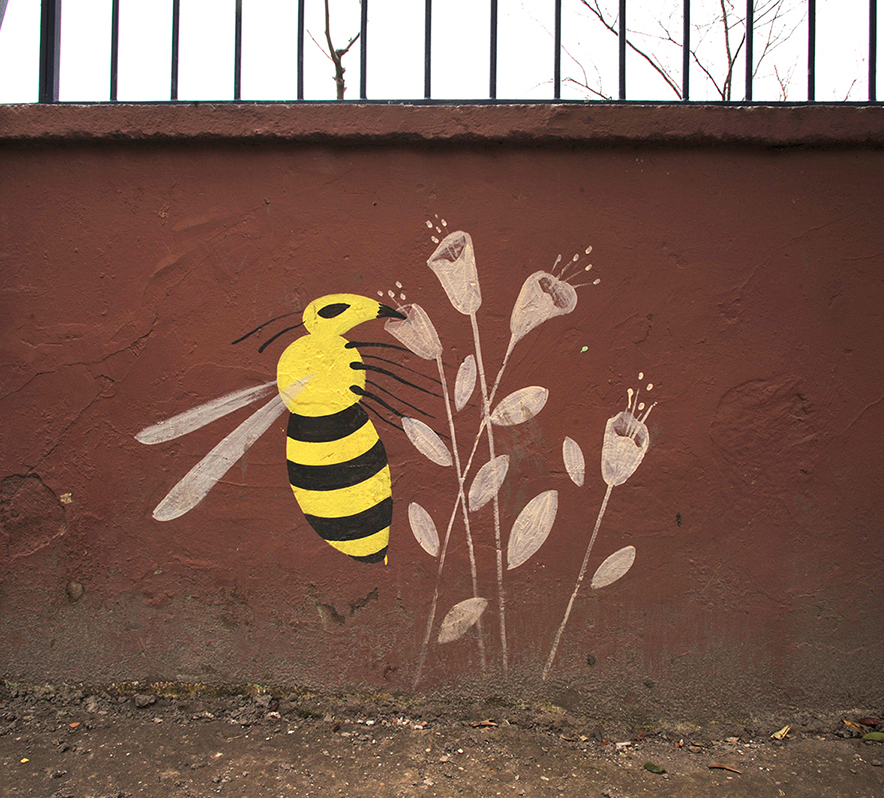 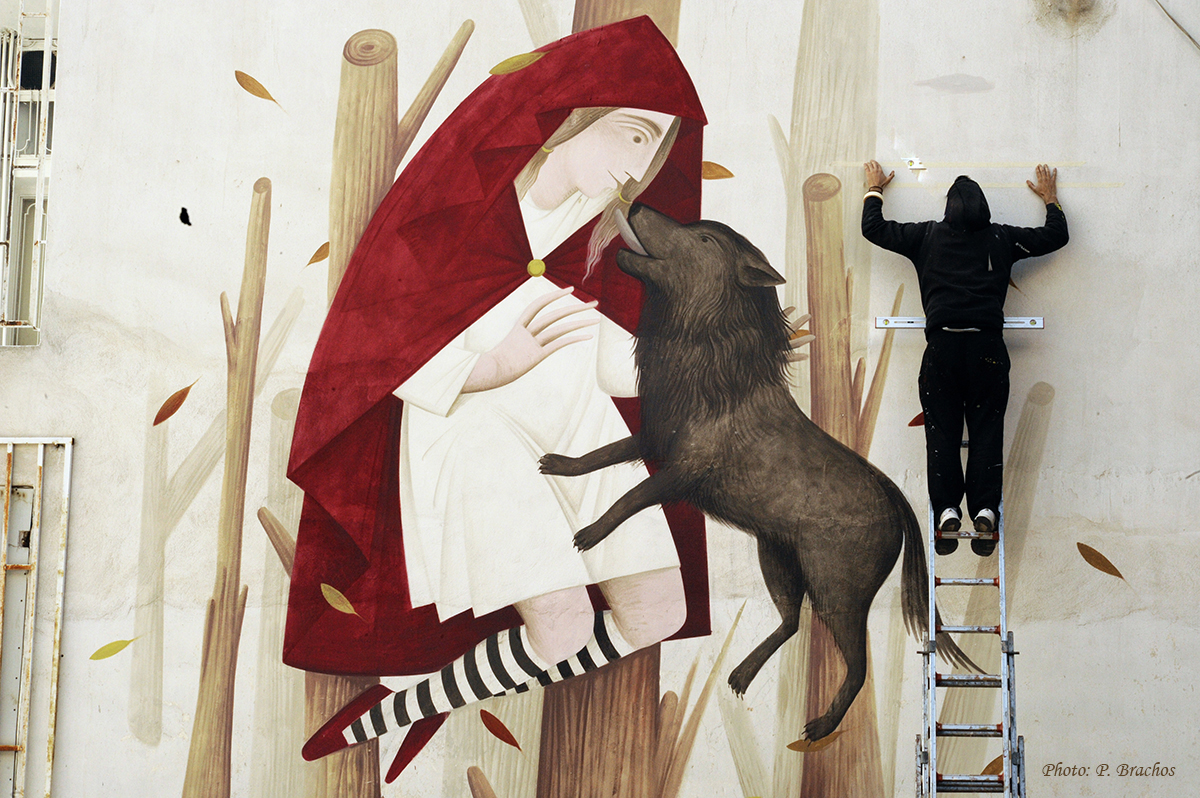 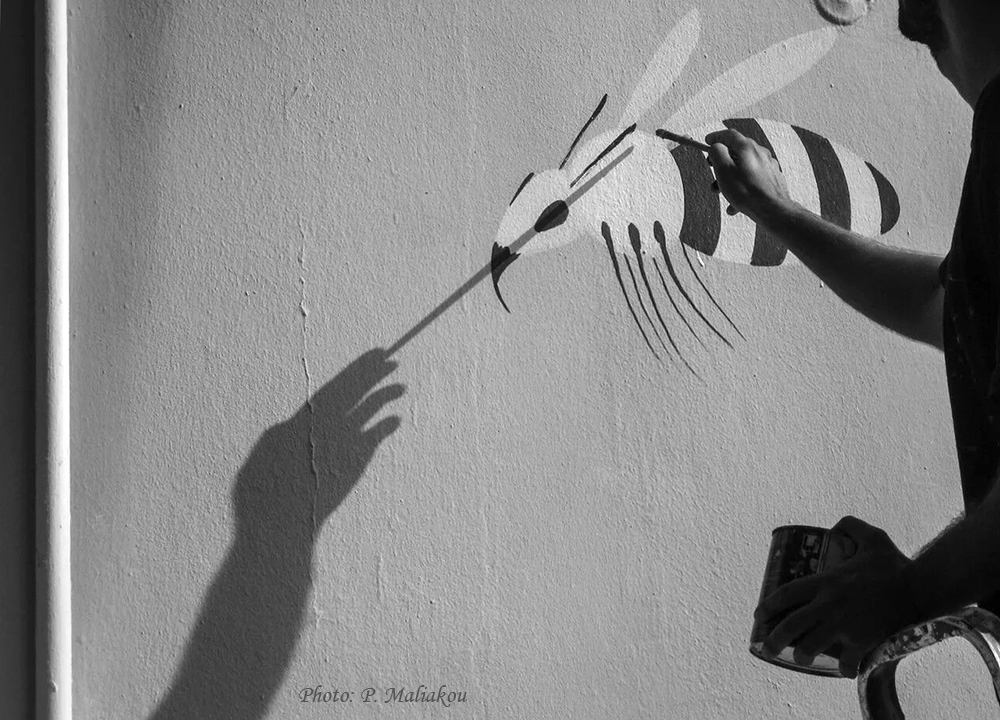 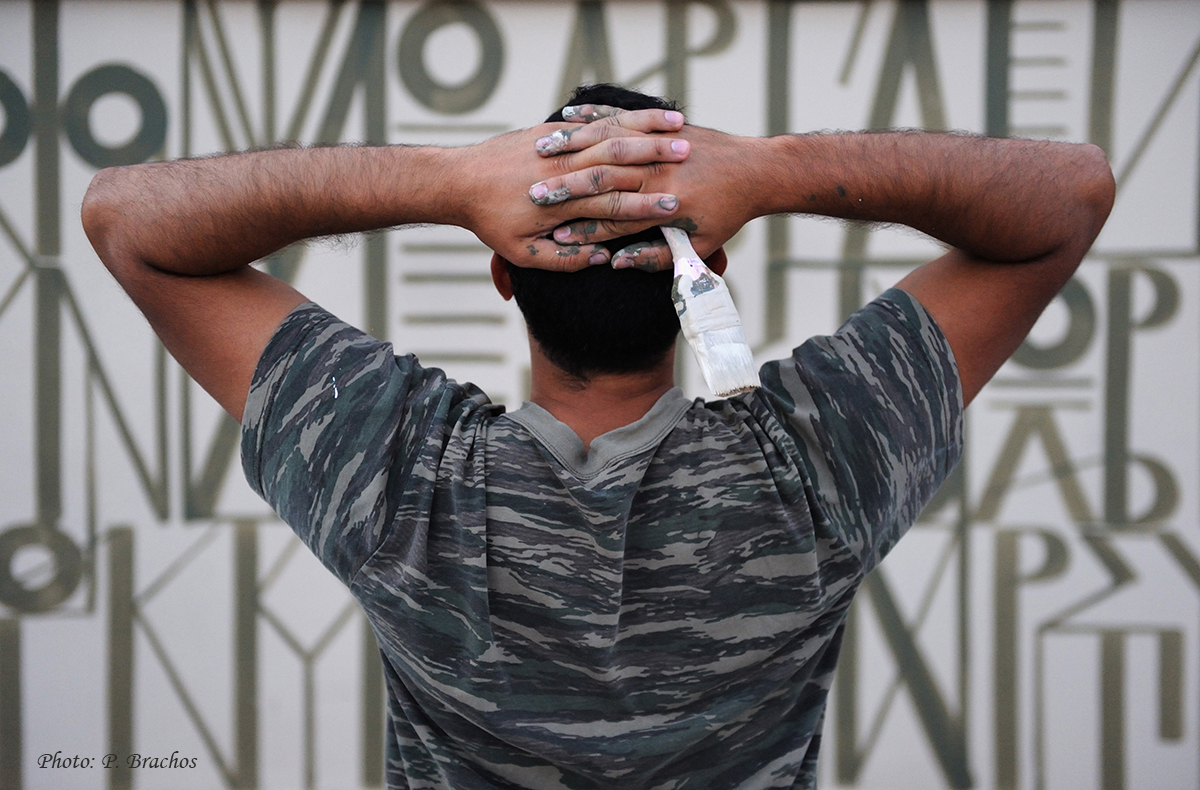 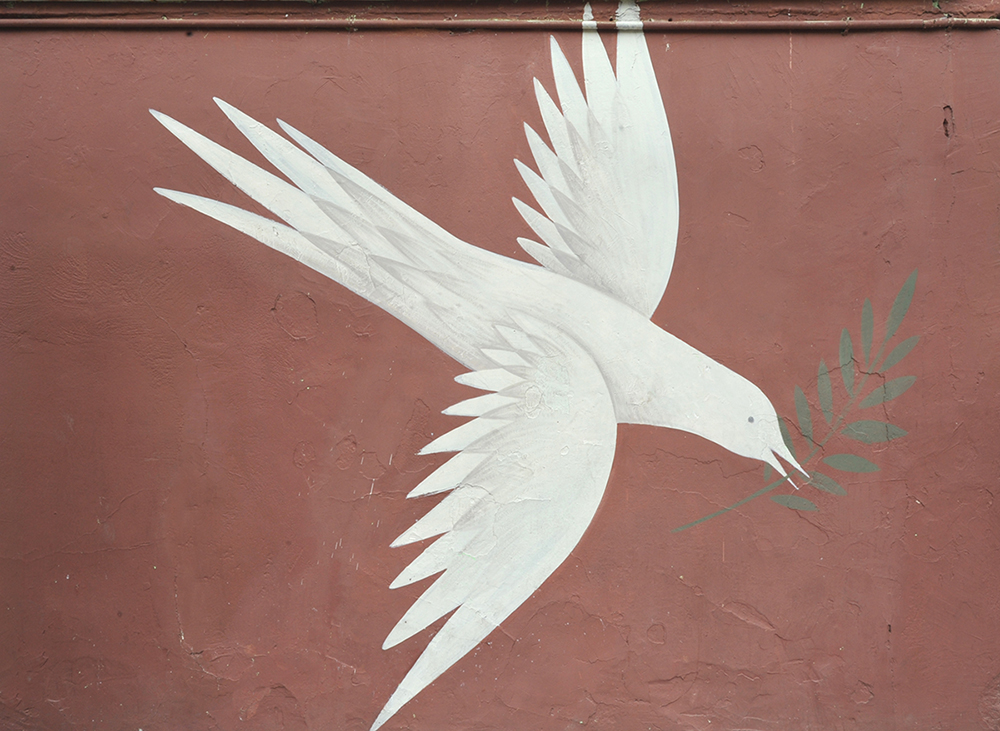 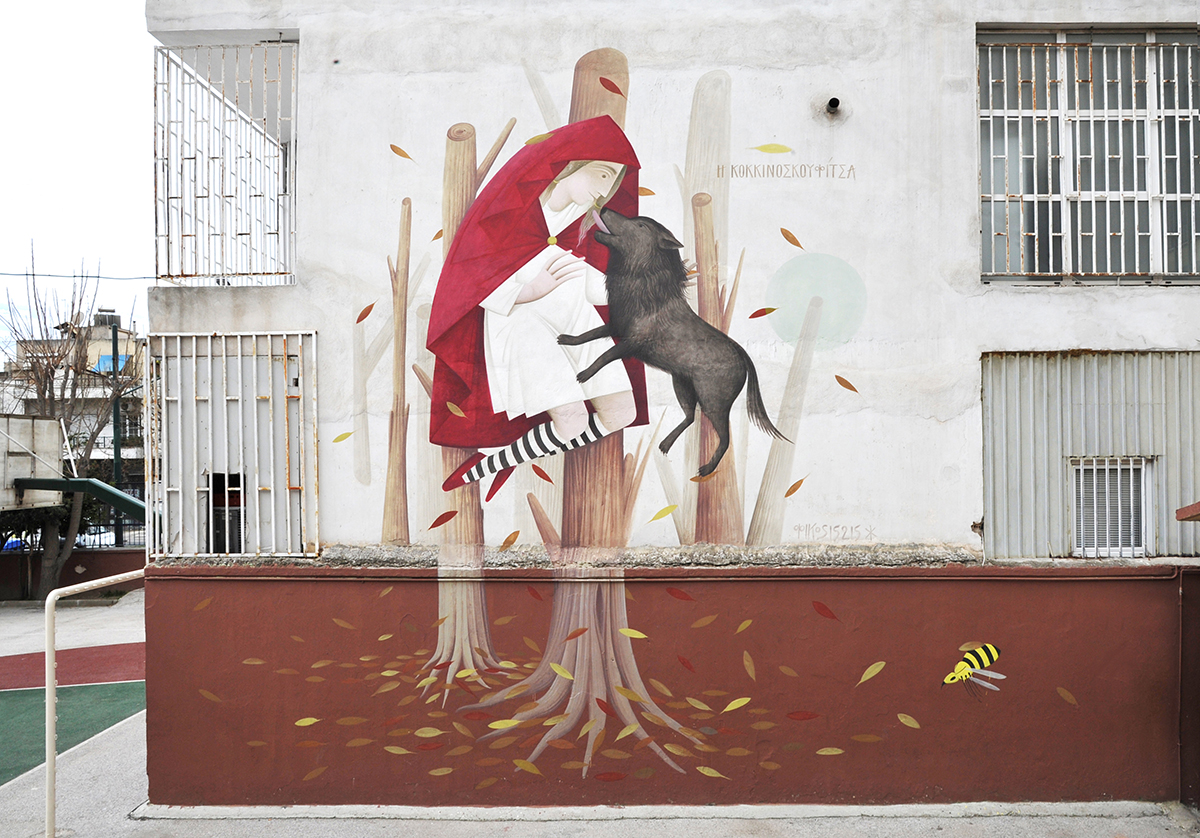 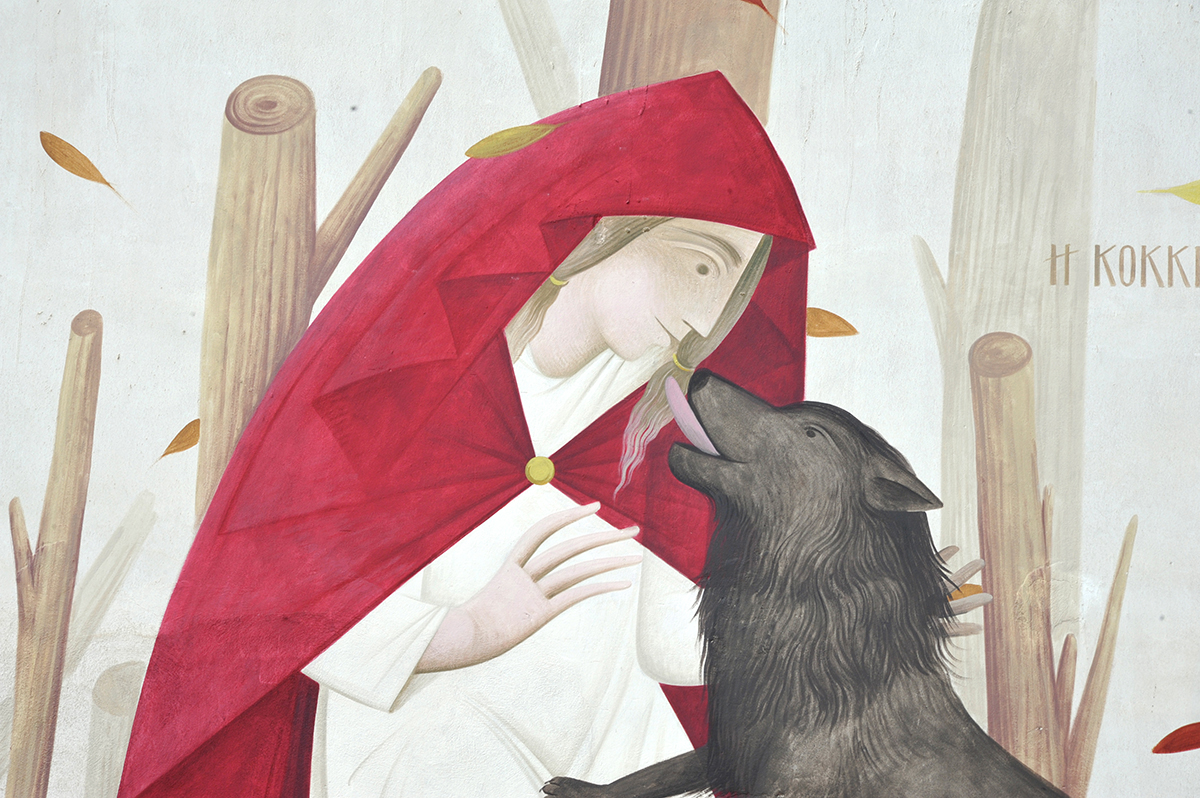 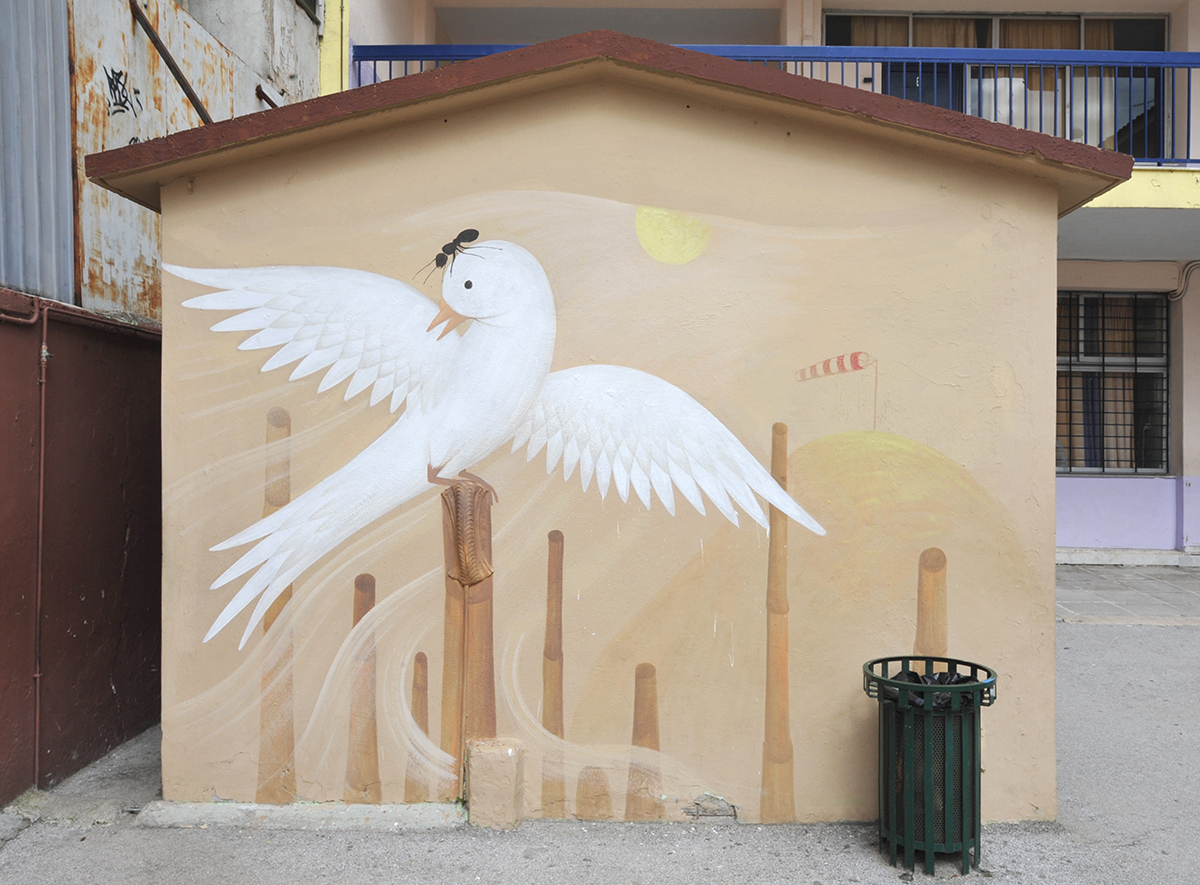 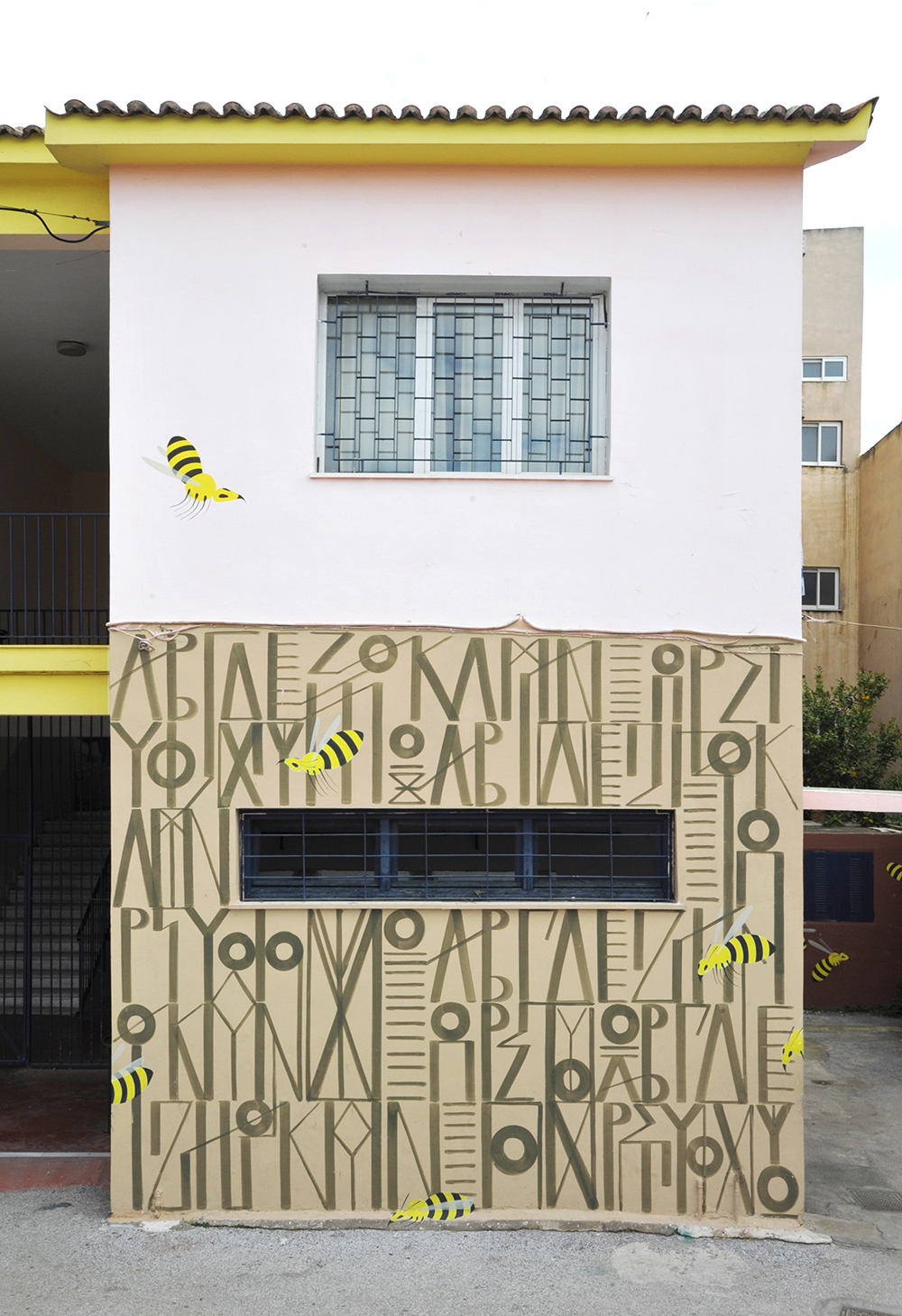 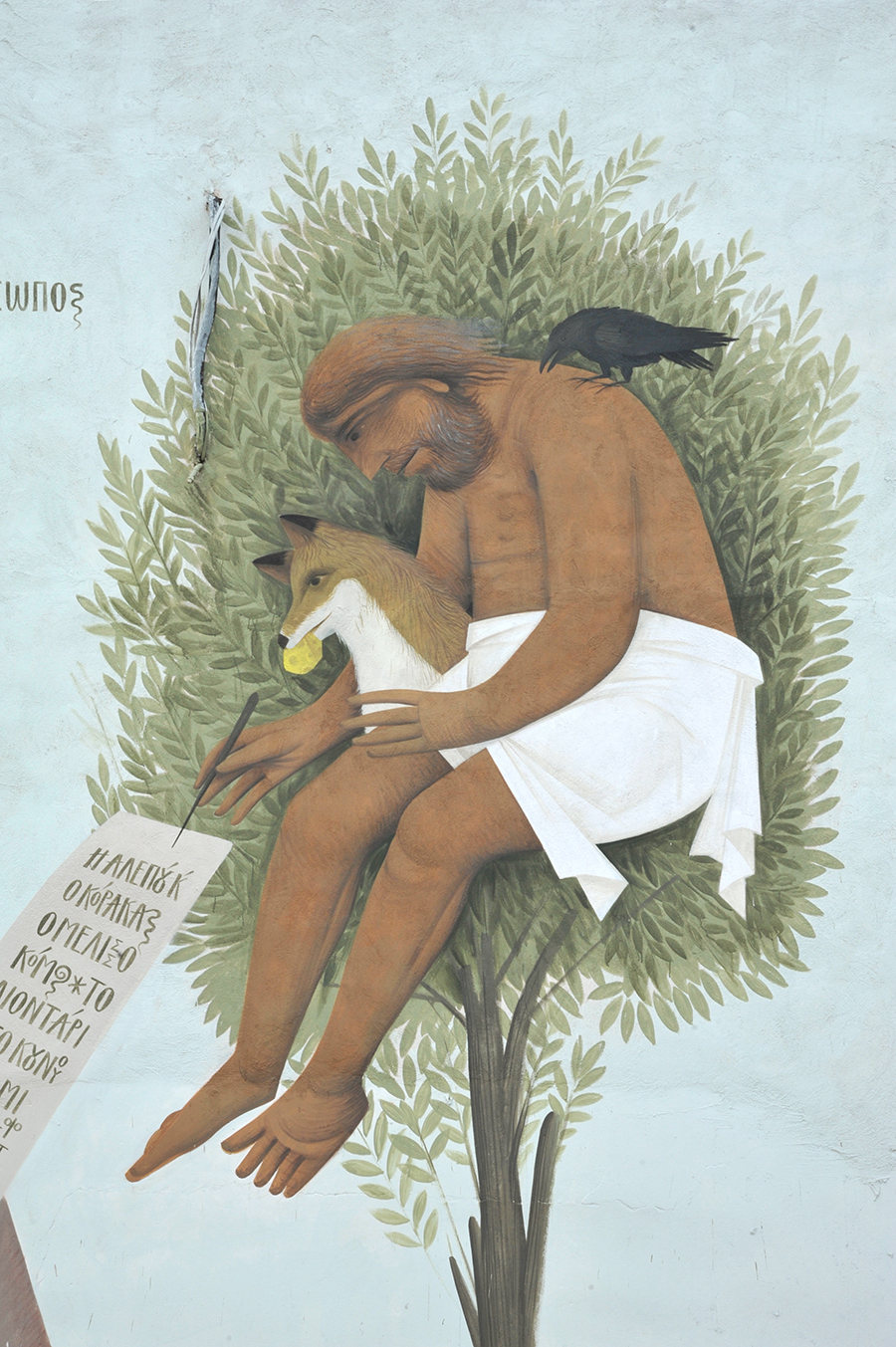 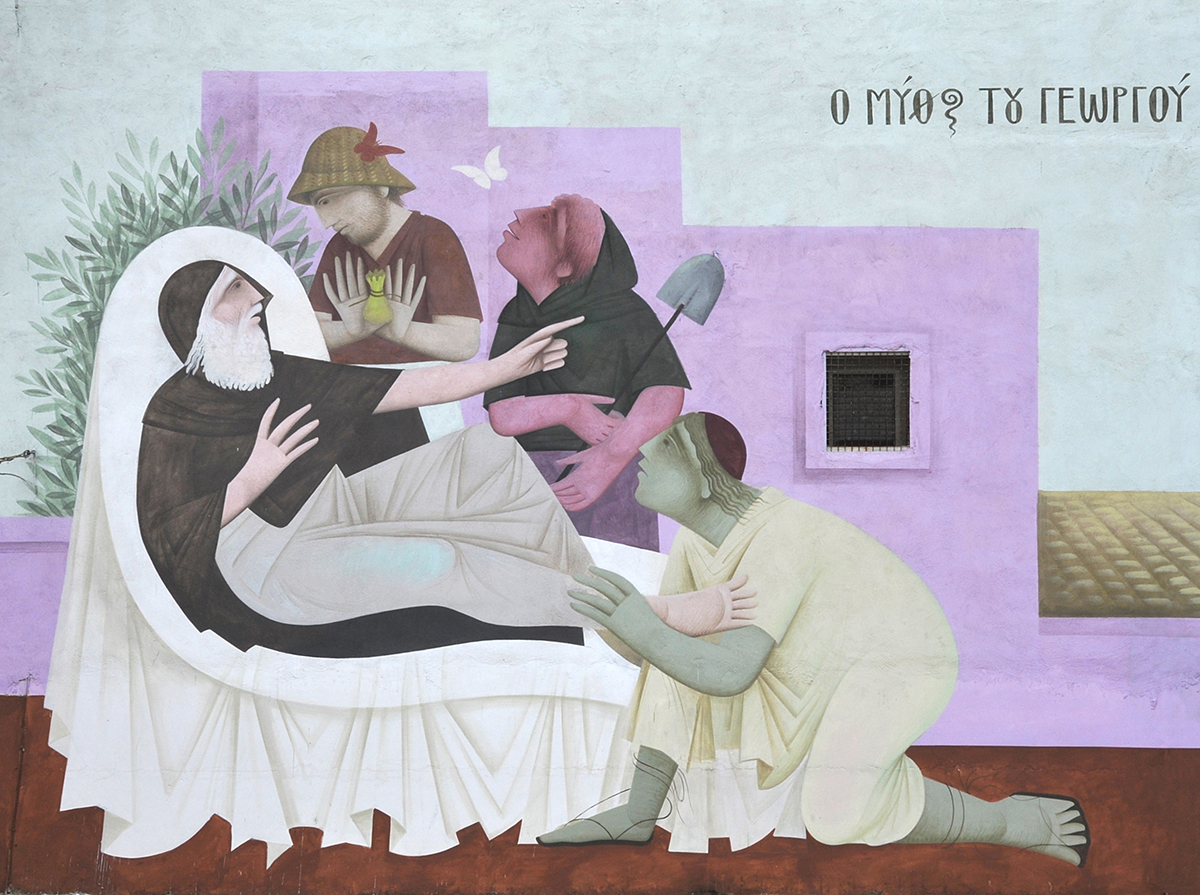 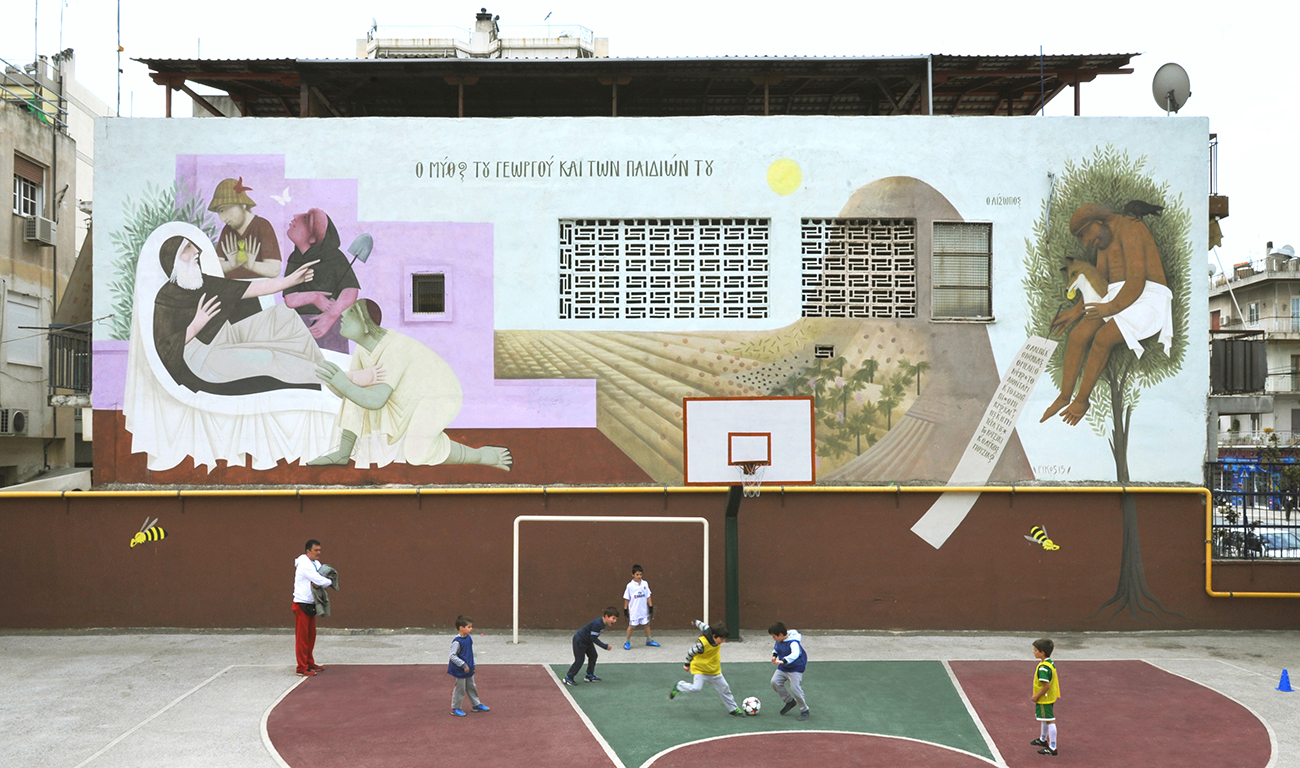 The first illustrated school in Greece

We all admire the brilliancy of ancient civilizations. We visit museums, watch documentaries, read books.

What is it, though, that instigates this admiration?

In my opinion, this “something” is Art. Art was a vital ingredient in the life of the ancient people, from the moment they were born, to the moment they died, and even beyond, to the art decorated grave.

Art was not just the artist’s medium of self-expression. It was also an important factor in the molding of society’s ethos, having a historiographic and didactic character as well.

When I was asked to paint the big wall of the 58th Primary School of Athens, I accepted less than one condition: that I will be allowed to re-develop artistically the entirety of the courtyard area. I saw in this proposal the opportunity to realize my vision, albeit in a small scale. This vision does not dictate the revival of ancient Art so much, as it encompasses the philosophical principles that govern it.

In this spirit I chose themes that have their roots in ancient Greek myths, and teach values such as honesty, solidarity, curiosity and willingness to learn.

According to mythology, Hermes was the first teacher of the human spieces, and it was him that offered the Alphabet to the Greek people. The Alphabet, as a motif form, decorates one of the courtyard walls as well.

The wall opposite is decorated with one of Aesop’s fables, The Farmer and his Children. The visual representation is completed by a traditional story, The Pigeon and the Ant, and with a popular tale of Little Red Riding Hood. I chose to alter the story somewhat, by presenting the wolf and little red riding hood as being reconciled.

Finally, the communication between compositions is achieved through flying bees that represent industriousness and solidarity.