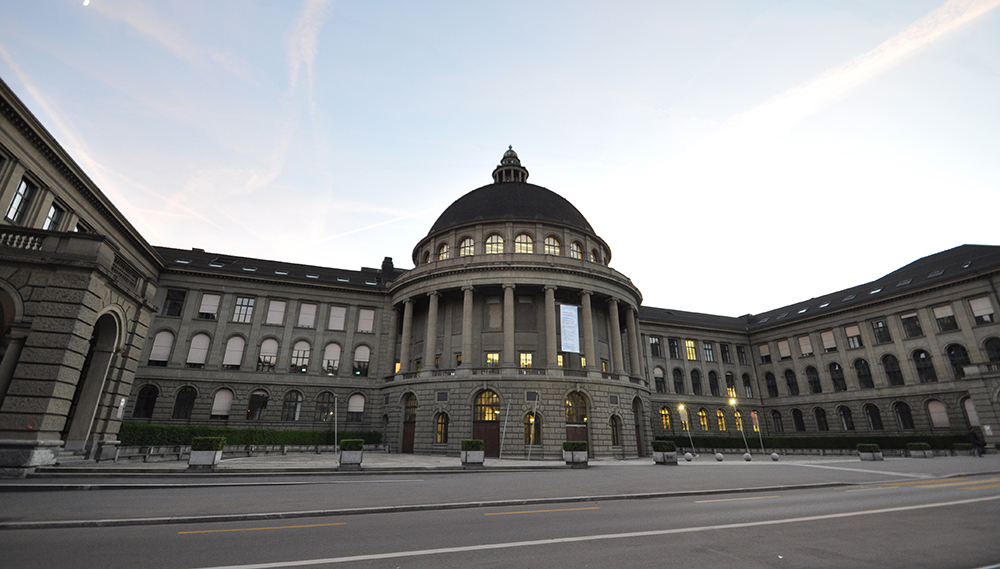 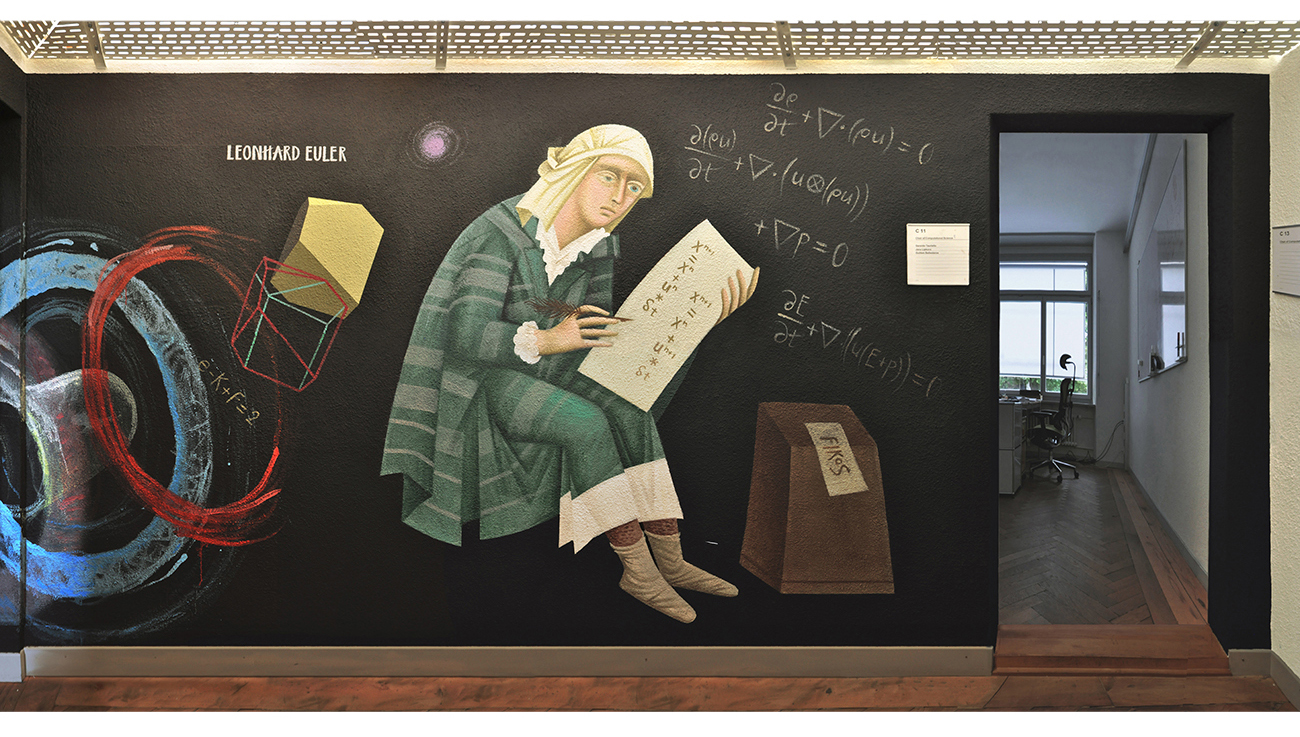 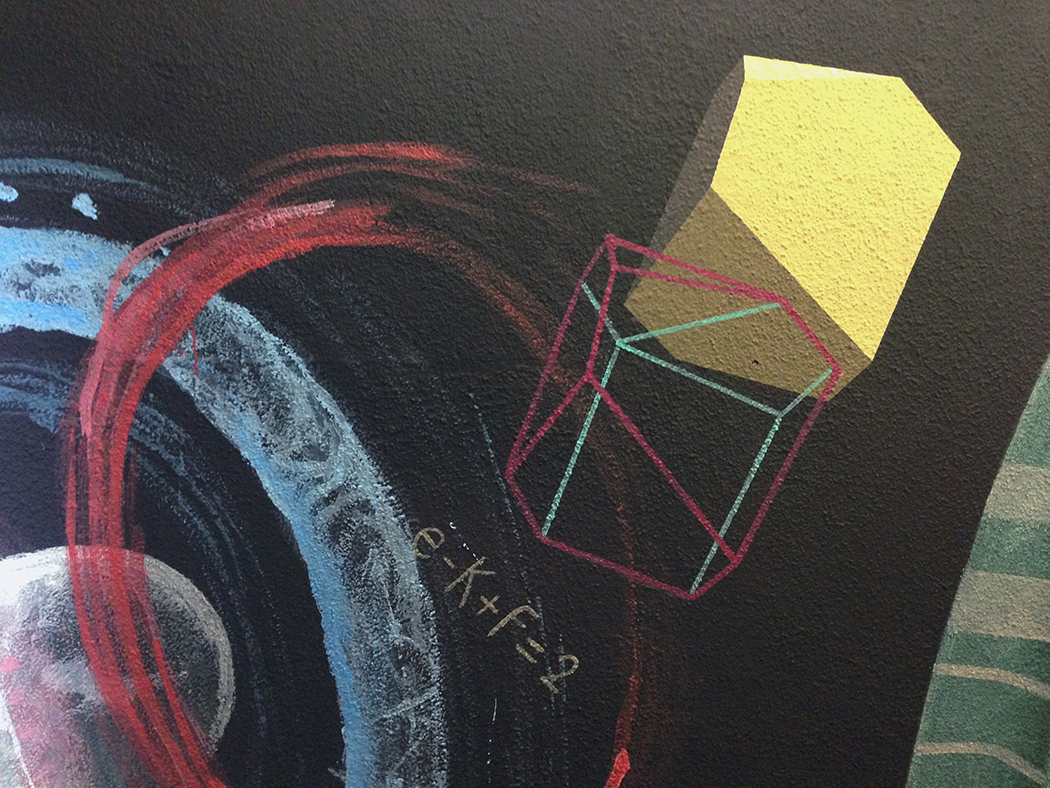 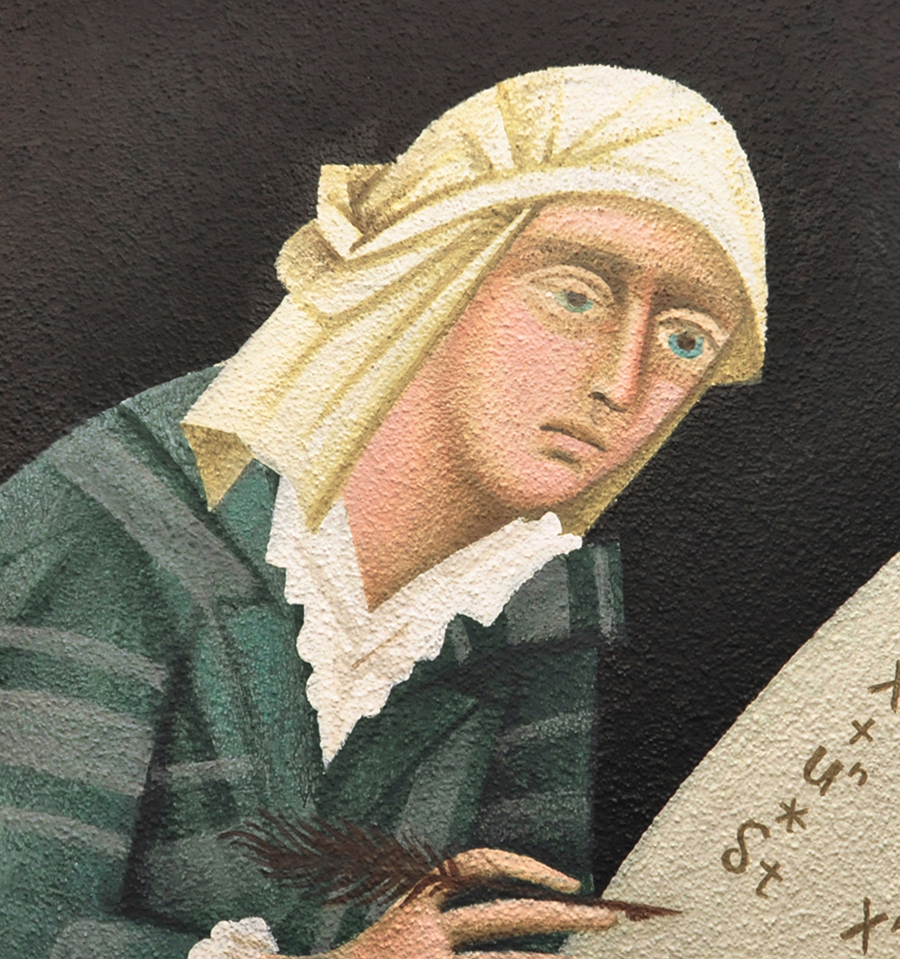 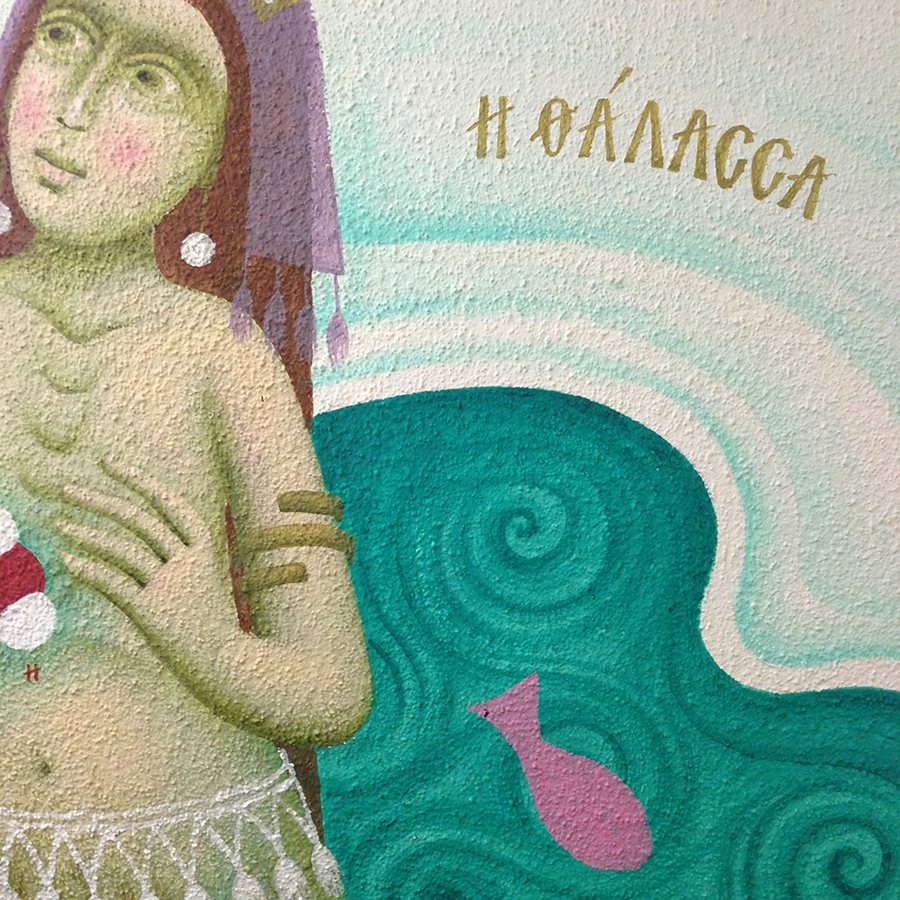 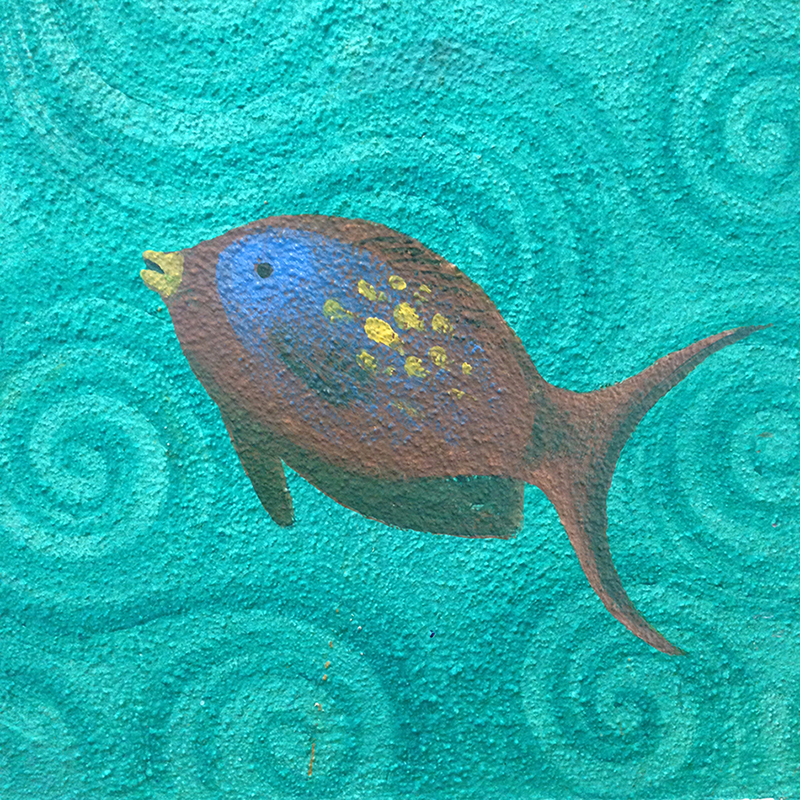 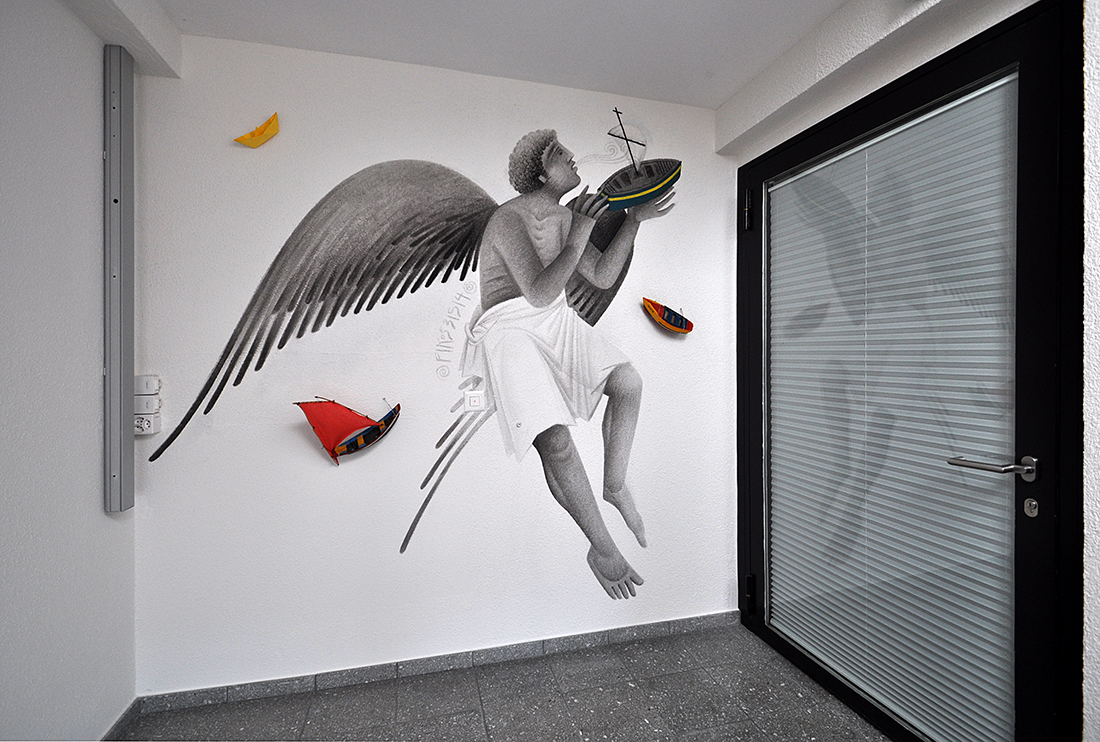 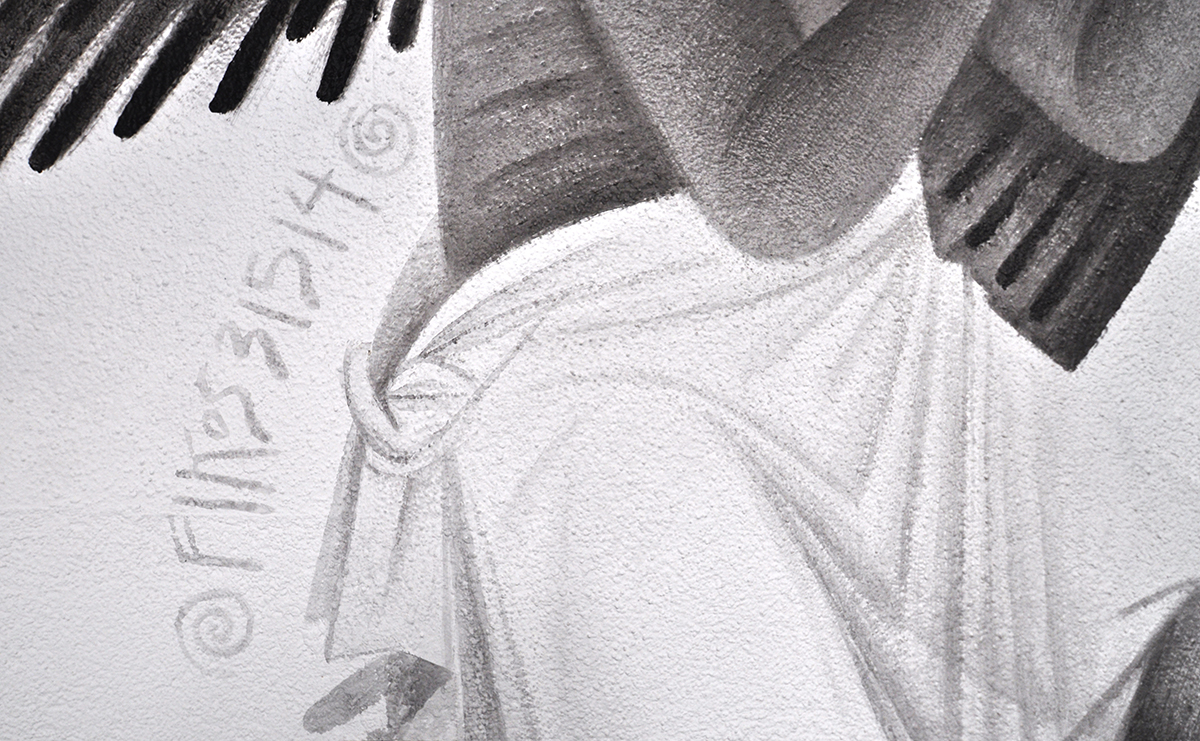 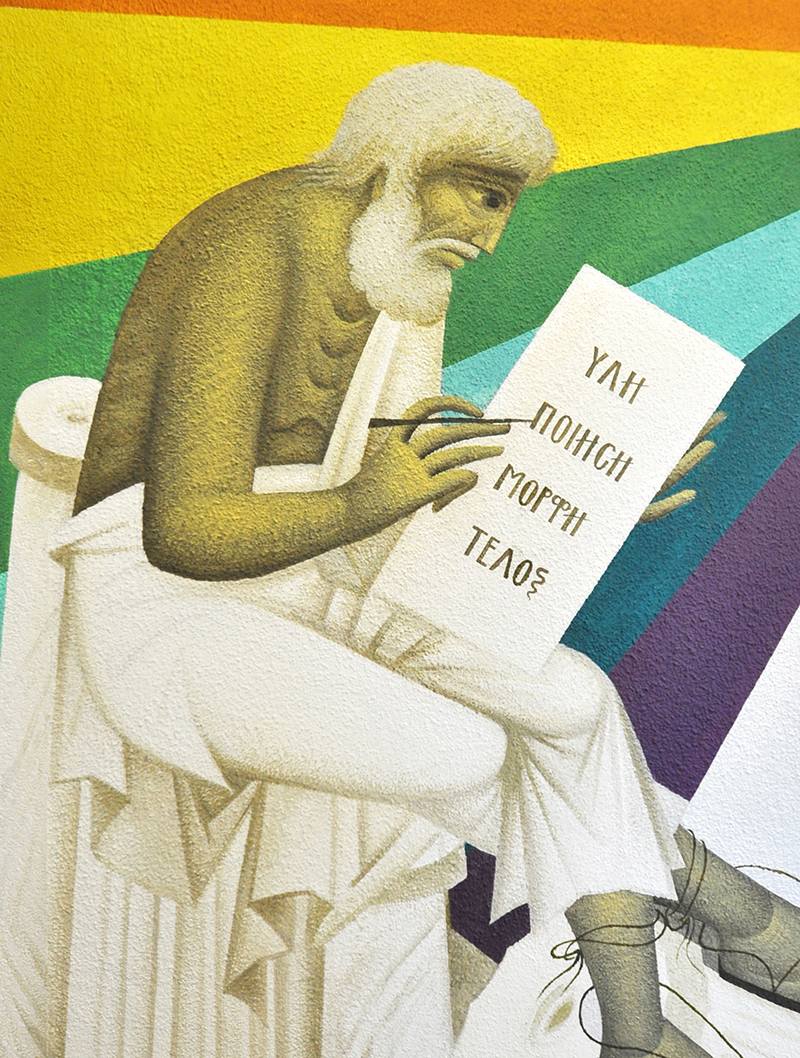 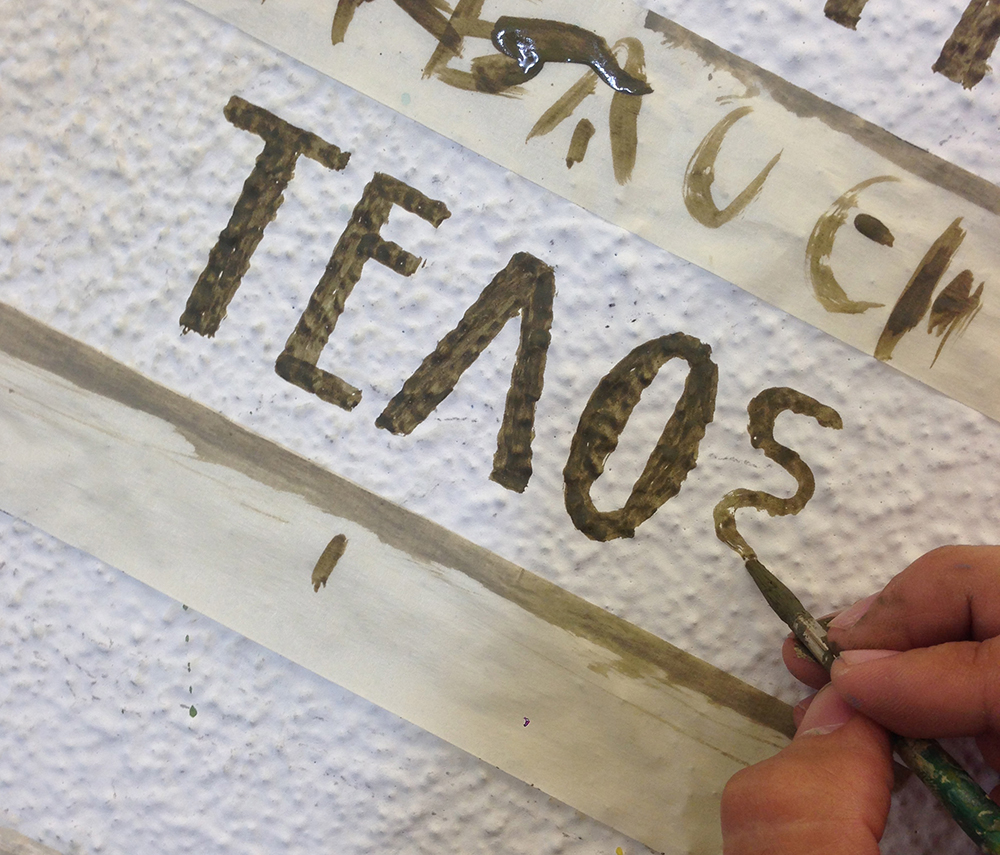 It was established in 1855 and it is one of the most important universities in the world. In its long history are 21 Nobels which have been given to its professors or students (one of them was Albert Einstein), and the most recent was Richard F. Heck in 2010.

The project concerns murals carried out in five floors of the “Building of the Institute of Computational Science” (CLT of Mechanical Engineering).

As science, apparently, little (if any) is associated with Byzantine art, the choice of subjects proved a really complex issue. Eventually, after studying, monitoring the lessons of the department and a number of discussions with the teacher and manager of the building, the main sources of my inspiration (Byzantium and mythology-history of ancient Greece) subsumed physics, mathematics, the history of Switzerland and studies of this department concerning the behavior of fluids (air, water, etc.)

Thus arose the following topics.
At the ground floor, as a Greek “welcome”, there is a visual version of Greek Nobelist poet Elytis’s quote that says: “If you decompose Greece, in the end you will be remained with an olive tree, a vine and a boat. Which means: with these three, you can reconstruct it.”

The first floor, where the statistical studies take place, is decorated by the great mathematician Euler and details of his scientific work (process of a vortex’s creation, formulas, etc.). In detail, it is obvious that Euler was blind in one eye.
The second floor, being a space of recreation (cinema, cuisine, library etc.), hosts a more “lighthearted” theme, the personification of the Sea, which symbolically holds the atom of water (Reference to the Department of Studying Behavior of Fluid Assets).
The third floor consists of a composition depicting Aristotle and Newton cooperating. Aristotle writes the Four Causes which, in his opinion, are necessary for any creative process, and Newton is holding in one hand the prism with which he analyzed the light in colors, and in the other hand the apple that inspired him with the theory of gravity. On the apple tree I added a snake and a book by its roots, focusing on the symbolism from various mythologies as the “tree of knowledge”.