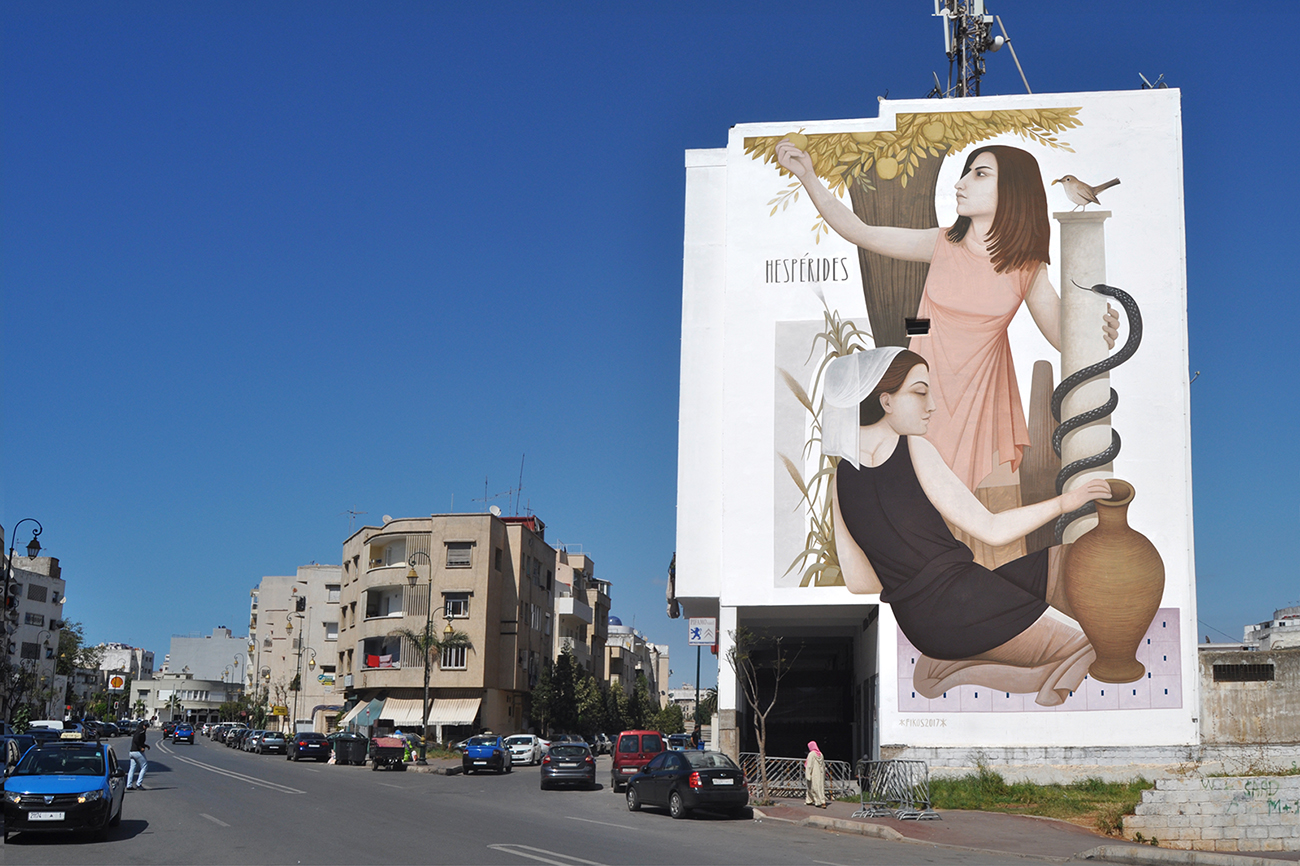 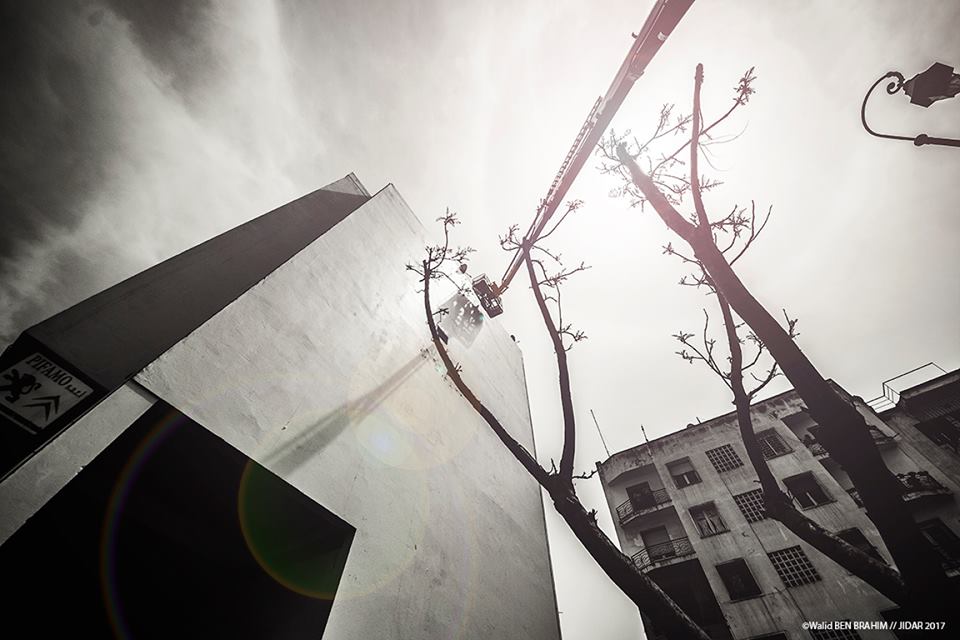 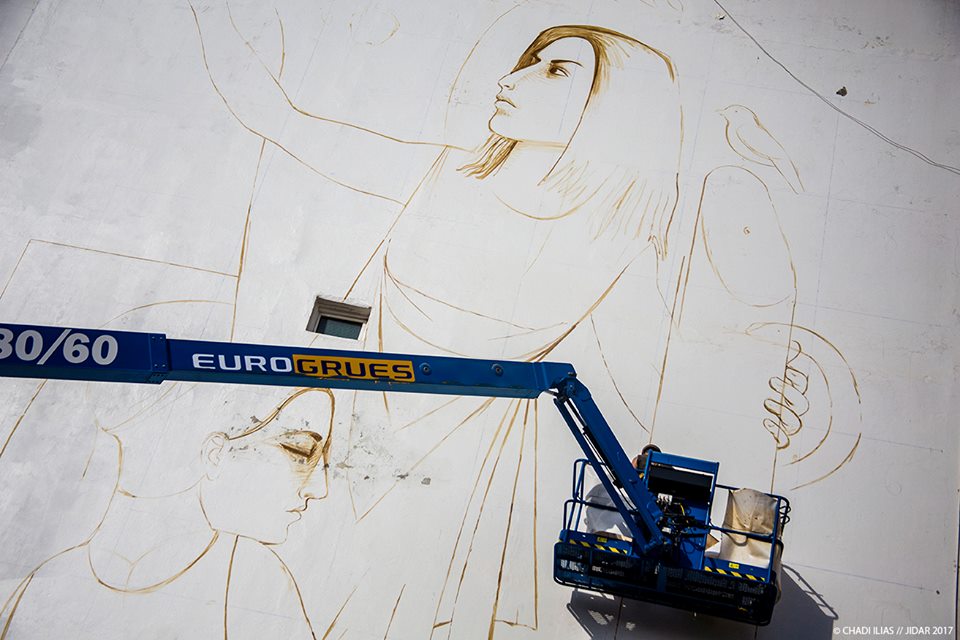 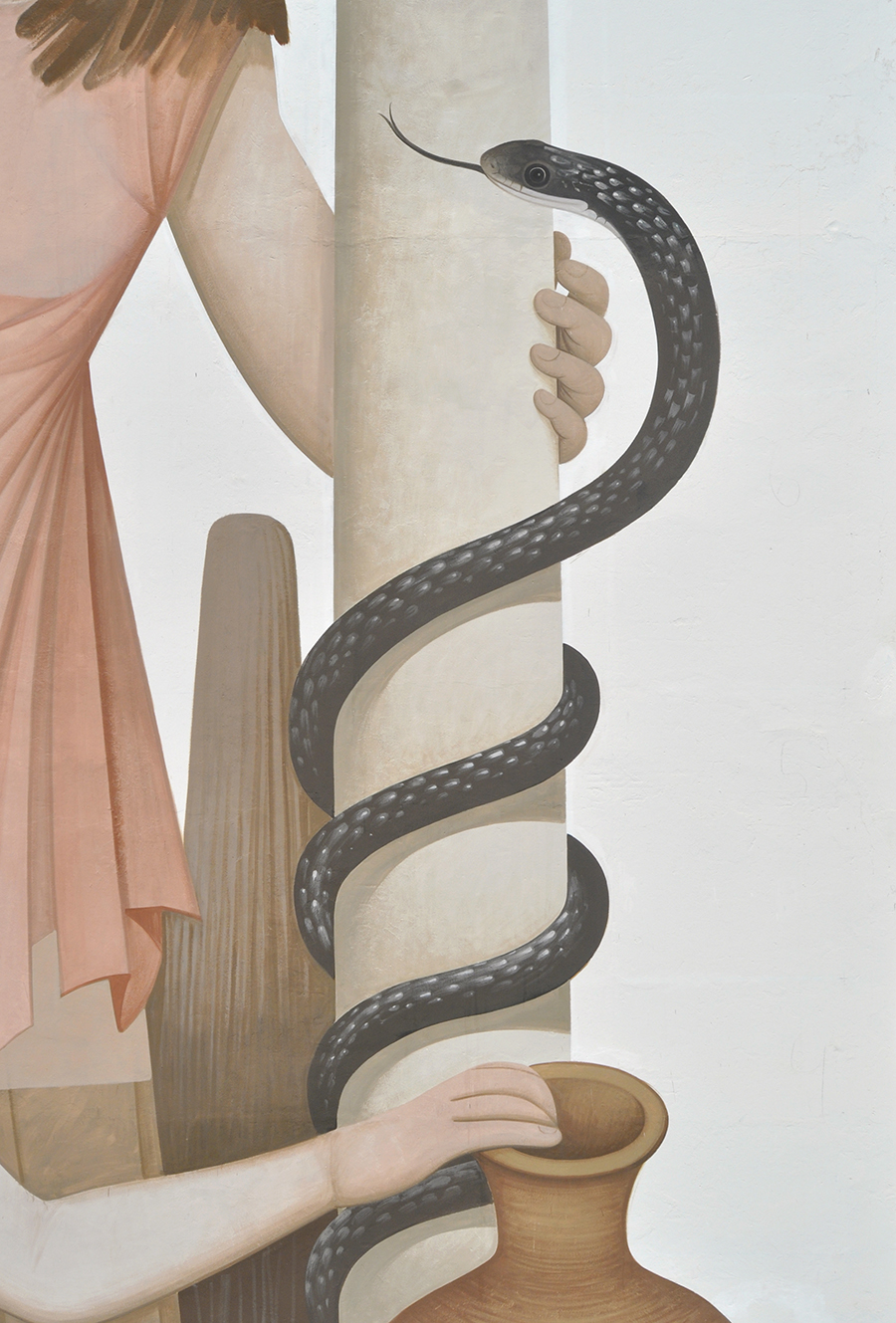 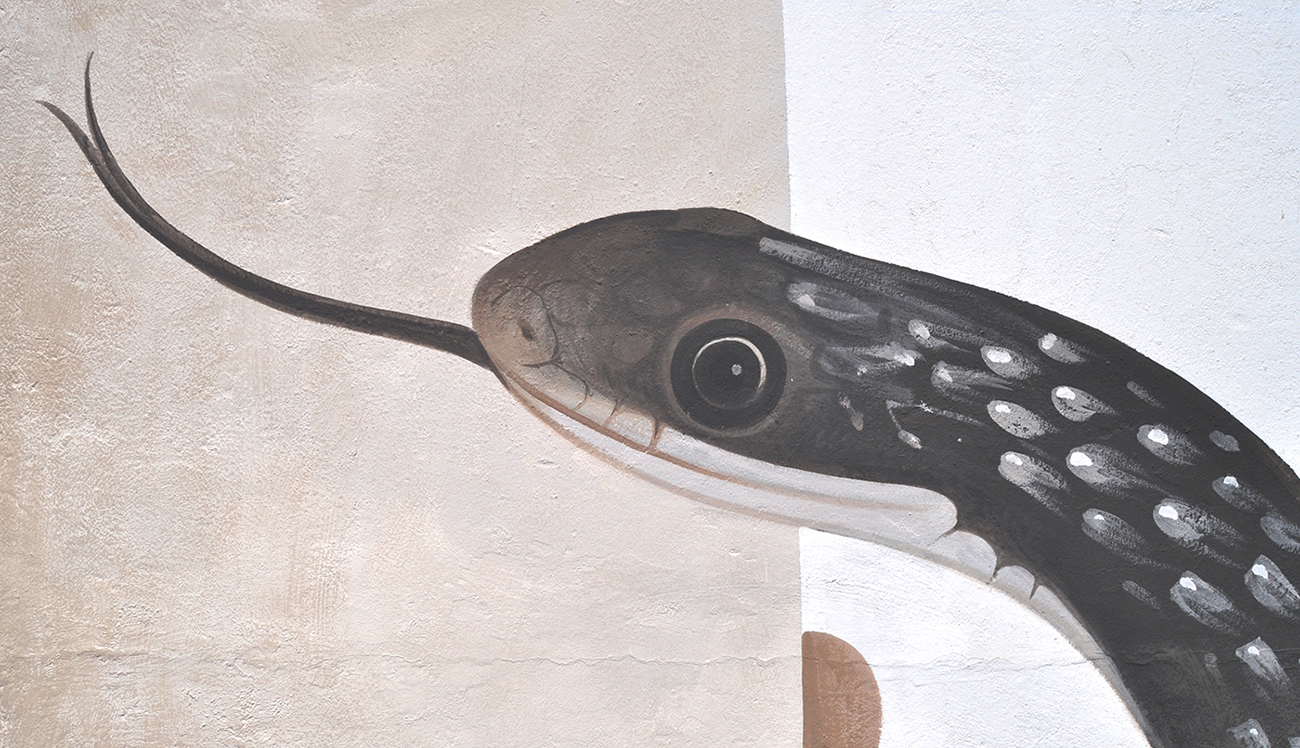 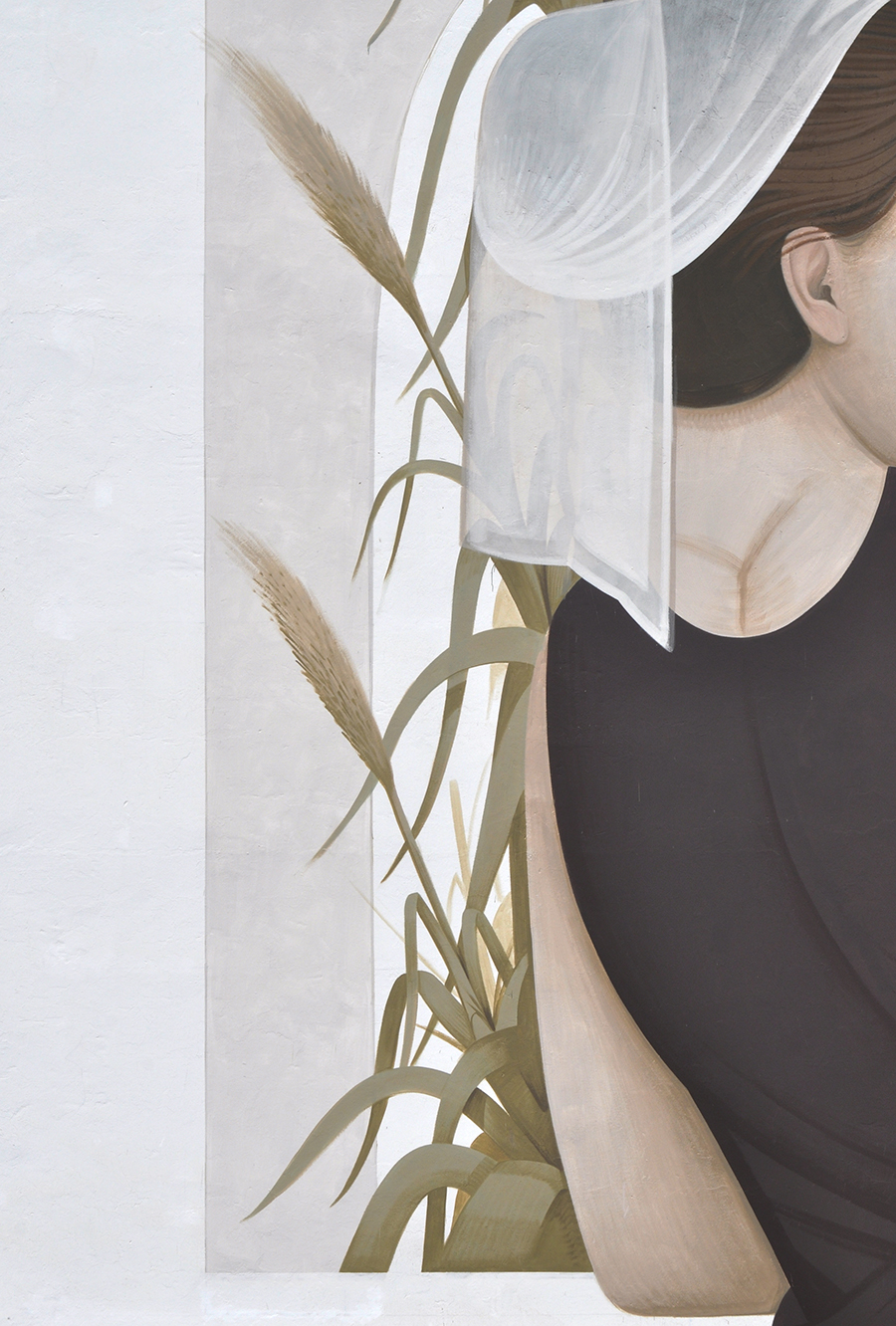 This is the wall I painted in Rabat during the 10 days of Jidar festival.
I am usually inspired from Greek mythology but this time the idea was to illustrate a Moroccan myth. Seems that I was lucky enough to find a story that is common in Greek and Moroccan mythology so I depicted the “Hesperides”, the nymphs of evening and sunsets.
The Garden of Hesperides (the place visited by Hercules in order to complete his eleventh labor) contained a tree with golden apples, which was protected by the nymphs and the dragon Ladon -often depicted as a snake- and according to scholars, it was located in Larache-Morocco, north of Rabat.

Peace and Love to Salah and the whole Jidar team for creating something so beautiful back there and many thanks to Salim for the help, support and the good time we had together.