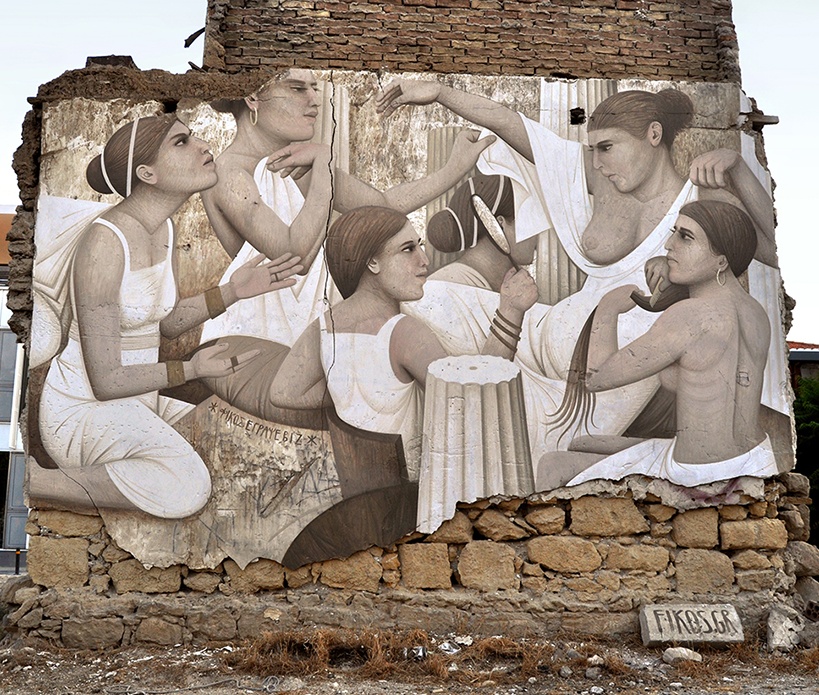 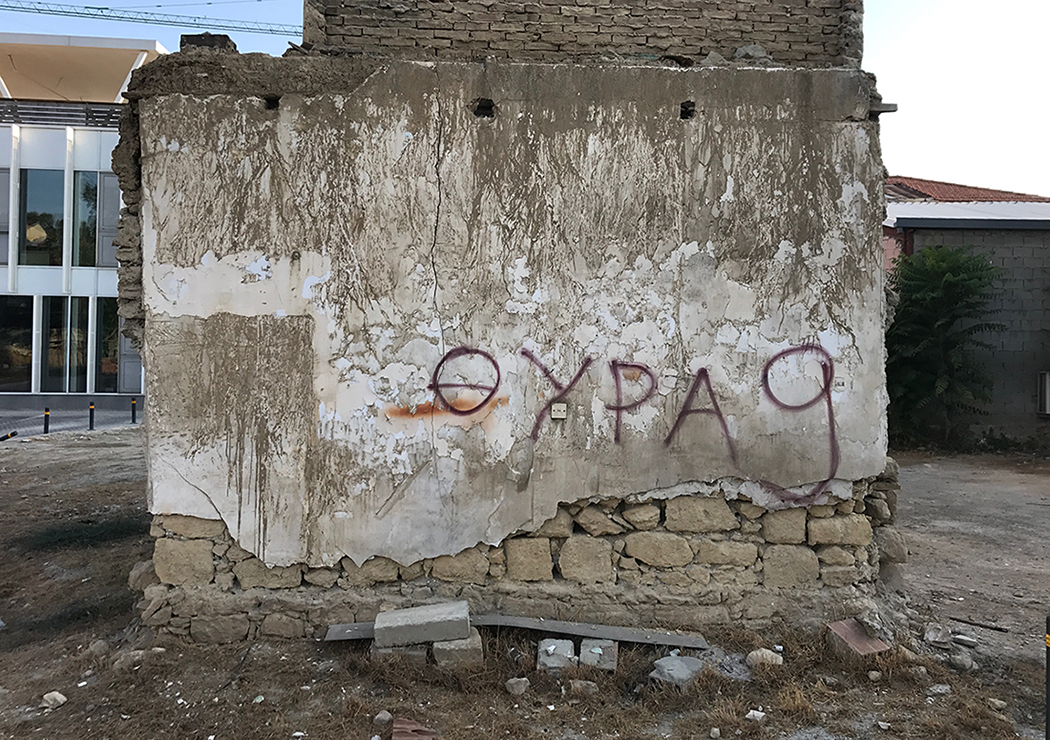 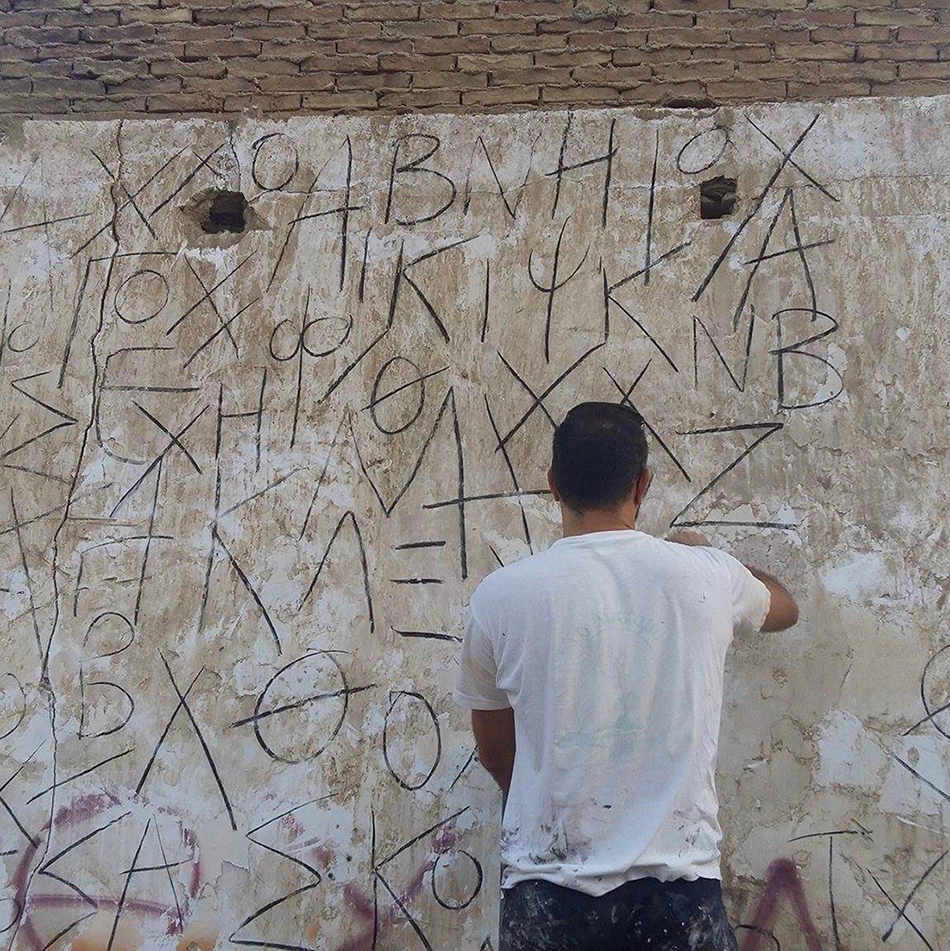 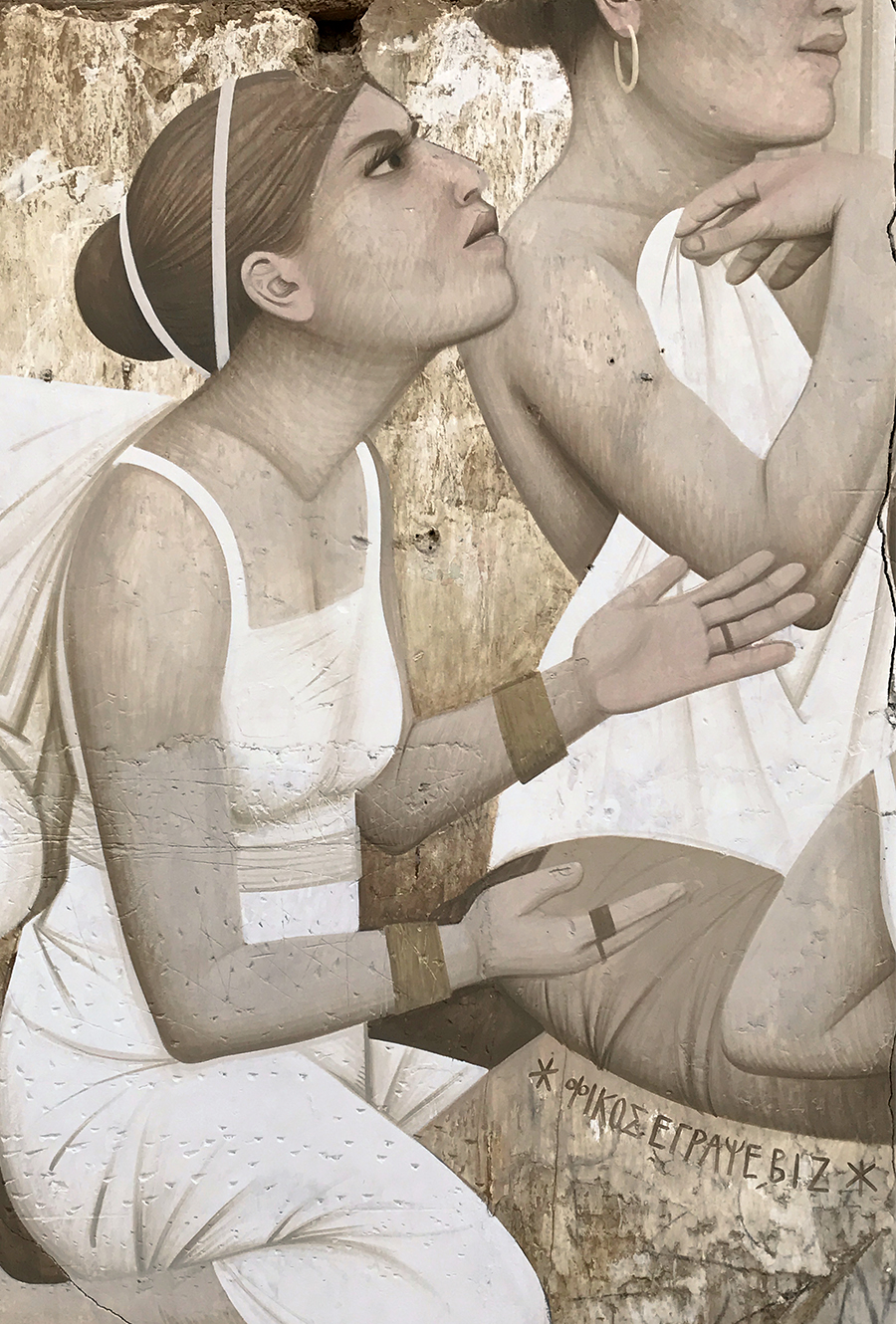 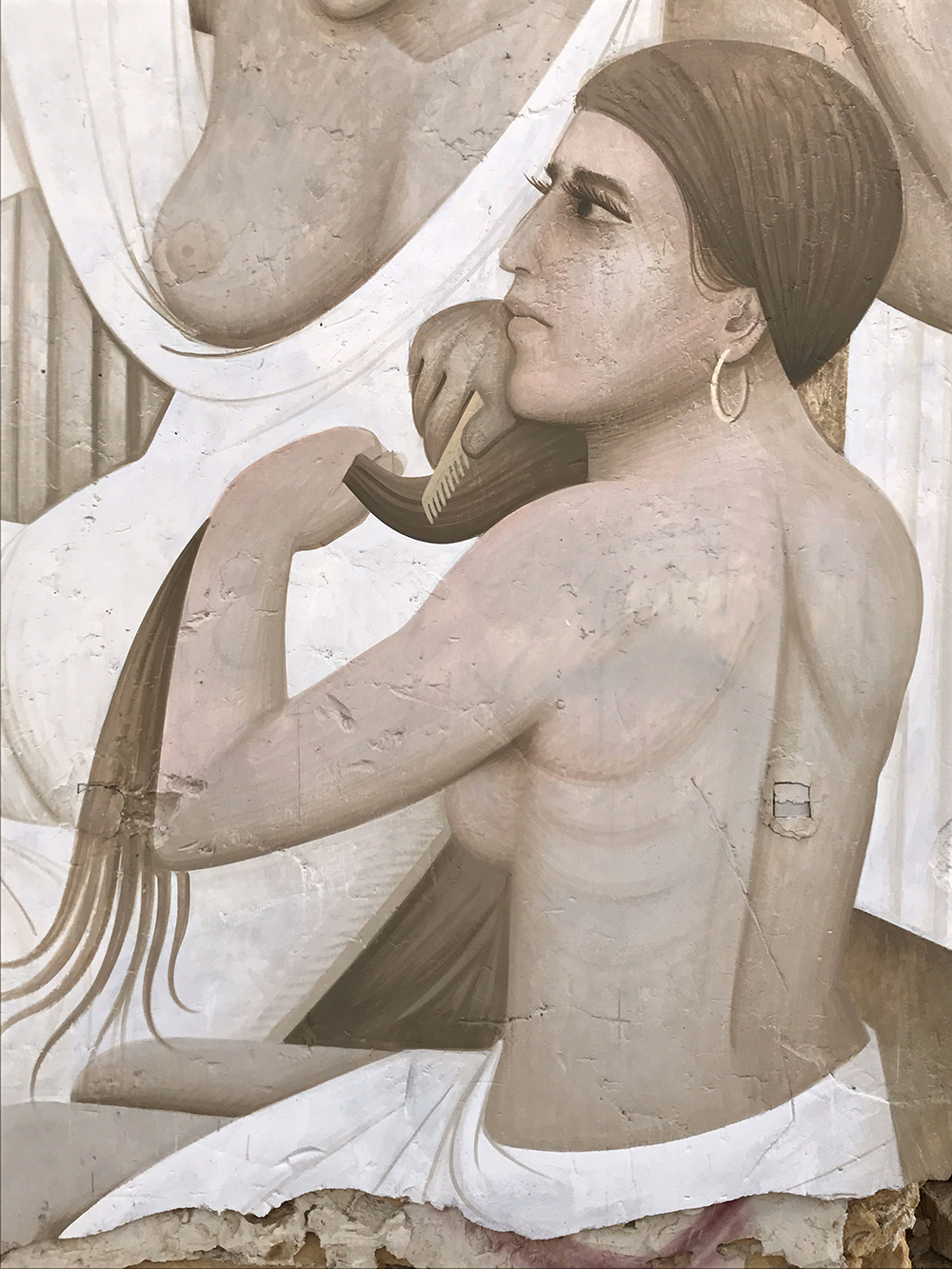 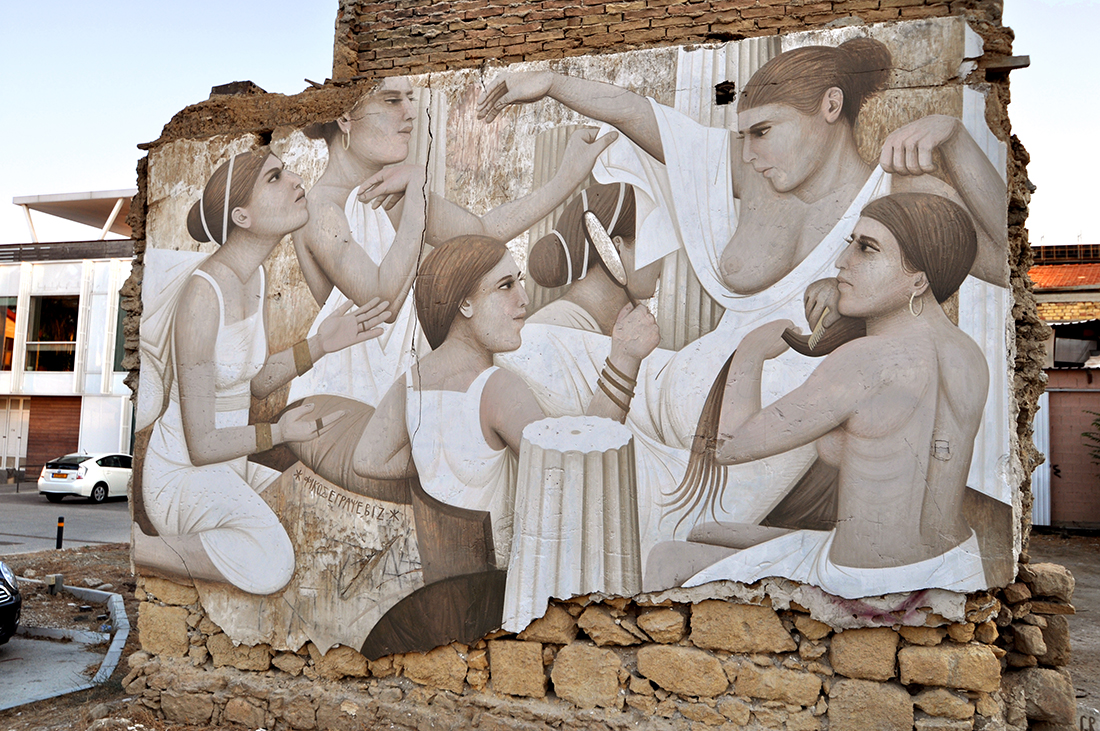 Sacred prostitution -a phenomenon introduced from the East- was practiced in various parts of ancient Greece, such as Sicily, Corinth and Cyprus.
Prostitutes and priestesses at the same time, “hierodules” (Greek word means “slaves of the Sacred”) were highly regarded and respected by the community. Many of them were devoted to the temple from an early age and contributed significantly to the city’s wealth but also security, as is evident from the fact that during the Persian invasion of Greece, they were called to offer a sacrifice to Aphrodite for their savior.

This mural was painted in Cyprus -the birthplace of Aphrodite-, in Nicosia’s “Red light district”, on the wall of a former contemporary “temple of Aphrodite”.

Special thanks to Alexia for making this possible!